August 14, 2018
0
67
Ironically, that number “18” keeps resurfacing. I asked two close associates, “The General” (Jim Stephens) and legendary field goal kicker, Hoppy Langley, what this number means to them. The General immediately referenced the red-haired boy from Drew and the legendary quarterback, whose number is now retired. Hoppy also without hesitation thought of Archie first and foremost.

It’s interesting how the mindset of Rebel fans work. Other numbers such as 22, 38 and 10 also are unforgettable to our followers. I recall when brother George was the sports editor of The Daily Mississippian in 1971, that he was the very first person publicly to call for retiring Archie’s number. George has always been a visionary, even predicting the election of DJT well before the “Donald” was nominated.
When I recall number 18, what I smile about most are the victories over Tennessee in Jackson to the tune of 38-0 and the Sugar Bowl victory over Arkansas, both games I was able to attend. Every time Archie took the field, there was excitement in the air. Another game that drowns my recollection is one in Nashville in which the rain was so intense that Archie had to surf us to a victory on that occasion.
Other than Jake Gibbs, few quarterbacks had this level of electricity. Eli is right up there as well. Back in the mid-90s we hosted a gathering in Canton of former Ole Miss quarterbacks. Twelve were able to attend that evening as the stories and memories were unparalleled. I’m going to stir up a controversy here by naming my favorite Ole Miss quarterbacks of all time, at least those I saw in person, so some of the greats such as Charlie Conerly will not be on the list. Here goes……
1. Jake Gibbs – The former New York Yankee catcher is legendary in both college football and baseball circles.
2. Archie Manning – His ability to run terrified opposing defenses and brought us victories that we would not have achieved.
3. Norris Weese – What a steady competitor. The Louisiana native knew how to win which carried him on to the NFL.
4. Stewart Patridge – The two-point conversion in Starkville is one play that I will never forget, neither will State fans! (Recipient of Conerly Trophy in 1997)
5. Eli Manning – How great his Ole Miss teams would have been, if only we had had a defense. Two Super Bowl MVP’s say it all.
6. John Fourcade – Mr. Excitement. The natural ability this QB possessed was off the charts. A tremendous competitor!
7. Jimmy Heidel – Legion Field 1965….The greatest Ole Miss game I ever witnessed. We didn’t win that night (17-16), but Jimmy did, even though Bama rallied from a 9 point fourth quarter deficit. (And by the way, Alabama won the national title that season.)
There are so many more that bring back fond memories such as Bruce Newell, Kelly Powell, John Darnell, Mark Young, Jimmy Weatherly, Tim Ellis and Kent Austin, just to name a few.
There you have it, and remember I prefaced the list by stating this group was my favorite, not necessarily the greatest. Only “18” more days to go! 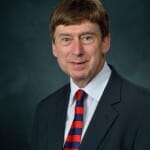 Steve Vassallo is a HottyToddy.com contributor. Steve writes on Ole Miss athletics, Oxford business, politics and other subjects. He is an Ole Miss grad and former radio announcer for the basketball team. Currently, Steve is an active Economic Development Consultant working with communities globally who live in Oxford with his wife Rosie. You can contact Steve at sovassallo@gmail.com or call him at 985-852-7745.

Welcome to week six of SEC football on this Halloween weekend. A total of six games will be played in the conference....
Read more
Football

The Oxford Chargers will travel up I-55 Friday evening to take on the Hernando...
Read more
Government

Constables serve as a licensed peace officer and perform various duties such as serving warrants and civil papers like subpoenas and temporary restraining orders and serving as bailiffs for the Justice Court.
Read more
Football

Lane Kiffin Says Vanderbilt Will Be a ‘Challenging Opponent’

Ole Miss returns to the gridiron on Saturday as they take on the Vanderbilt Commodores in Nashville. Kickoff...
Read more
Latest Videos