Starting July 1, state law will protect athletes who sustain head injuries in the course of school activities. Coined “Return to Play” legislation, Mississippi will be the last state to sign this legislation into law. 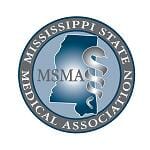 Interest groups including the Mississippi State Medical Association (MSMA), Brain Injury Association of Mississippi, and the Athletic Trainers Association have spoken out in support of this legislation. The specifics of this legislation are based very closely off the current protocol set in place by the Mississippi High School Athletics Association.
House Insurance Chairman Sam Mims of McComb sponsored and introduced the bill in the House, while Senator Brice Wiggins sponsored the bill in the Senate. House Bill 48, was brought up in committee the first week of the legislative session and was voted through unanimously, followed by a 116-1 votes on the House floor later on that week. Thursday, January 23, the Senate voted unanimously in favor of the passage of the Return to Play bill, and it is expected to be signed into law next week by Governor Phil Bryant. This bill will be the first bill to be signed into law for the 2014 legislative session.
Chair of the MSMA Board of Trustees Dr. Lee Voulters commented, “It is certainly reassuring to know as a physician and as a neurologist especially, that extra precautions have been mandated by law to protect our young athletes. Concussions are a serious issue and it is gratifying to see Mississippi finally recognize the need for legislation such as this – as the rest of the country has.”
The provisions of this bill include protocol following a suspected brain injury, as well as educational components for coaches and trainers to aid in the identification of brain injuries. With this law, if an athlete is suspected of having sustained a head injury in the course of play, the student will be immediately removed from play and will be prohibited from returning until they have received a thorough examination by a trained medical professional and are cleared to return.
While it is almost impossible to prevent the first concussion, sustaining further trauma to the head before allowing the brain sufficient time to heal from the first impact has been shown to cause the majority of the long-term implications associated with brain trauma. MSMA President Dr. James Rish explained, “MSMA has taken a lead on this issue because we understand, as physicians, how brain injuries can be life-altering, and even life-threatening. Kids are getting hurt out there, especially in sports like football or soccer. It was past time for Mississippi to join all other 49 states is passing legislation to protect our kids involved in youth sports.”
– Hannah Duchesne, Communications Manager, MSMA, HDuchesne@msmaonline.com