Rethink Mississippi: Egg Bowl Ticket or Rent? Which Would You Pick?

The Egg Bowl is watched and remembered in Mississippi, but it’s rarely noticed outside of the state.
Ask your median college football fan, and the strongest association is likely to be with the pecan pies that Lee Corso gave out during those years in the late ’90s. That’s because there’s hardly ever anything of significance at stake. In the typology of modern Egg Bowls, we have four distinct classes of game:

What we’ve never had — at least since 1941 — is The Championship Game: the game with SEC and national title implications. (That game is more often known as “The Iron Bowl,” played the same weekend in Alabama.)
But with each passing week and each passing win, the championship implications of this year’s Egg Bowl grow. This season No. 1 Mississippi State and No. 7 Ole Miss have already demolished every one of the Magnolia State’s historical precedents.
So how much are Mississippians anticipating the November 29 matchup? Just try finding a ticket.
Six weeks out, the cheapest ticket available on StubHub is $294.99 — and that’s for standing room only. To get a seat, you’ll have to shell out at least $356.25. The median ticket costs more than $550. 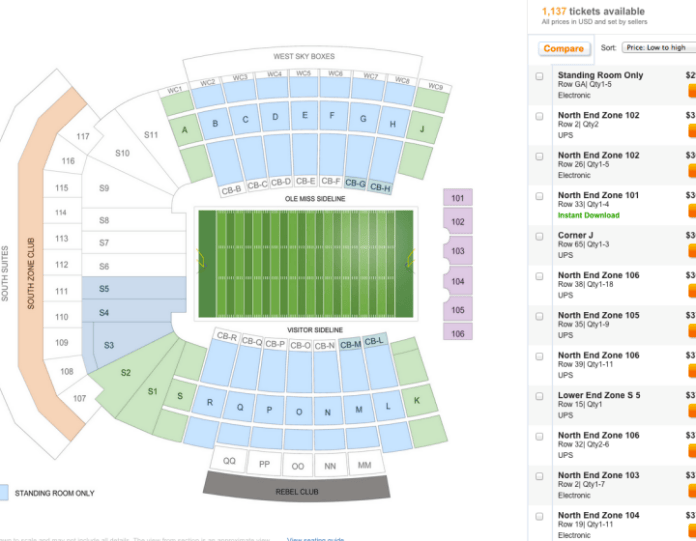 It’s no stretch to say that you might have to pay a month’s rent to spend three hours in Vaught-Hemingway Stadium the Saturday after Thanksgiving. This map allows you to explore average monthly rental costs — including utilities — around Mississippi:

Of course, the ticket often doesn’t even account for the majority of the costs of a football weekend in Oxford. There’s also the matter of where you’ll stay. And if you’re just now trying to book a room, tough luck. The closest hotel still available on Hotels.com is in New Albany, 43 miles away.

Football may be considered Mississippi’s unofficial state religion, and the Egg Bowl may be its holiest rite. But this year’s ticket prices already seem outlandish — and they’re only destined to go up if MSU and Ole Miss keep winning.