As Chucky Mullins Once Said, 'Don't Ever Quit!' 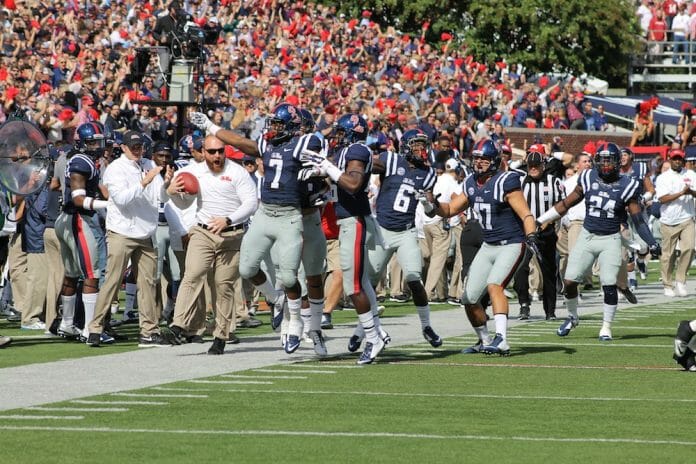 Rebel Nation, it is easy to get down on ourselves, our coaches and our team, but before we start the blame game, let’s everyone take a deep breath and answer the seven questions that follow as honestly as you can.
Despite all the emails, text messages and phone calls received following Saturday’s outcome, I woke up Sunday morning with a completely different perspective. I’m still proud to be a Rebel, and I hope you are as well. 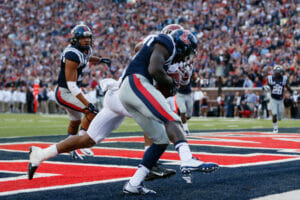 Question 1: Was not the Alabama victory one of the greatest wins in Ole Miss history, rivaling the Maryland victory in the ’50s?
Question 2: Were we all not proud after the Rebs held the Tennessee trifecta to 3 field goals in 12 quarters? The victory over the Vols was Tennessee’s worst loss in 2014!
Question 3: Despite the final score of the Auburn game, I will go to my grave firmly convinced Treadwell scored. Were we not ALL proud of our team that night?
Question 4: After the 7-0 start, we have been ranked all year (including now) and even as high as fourth, including participation in the playoff. Has this not been exciting?
Question 5: Who would have thought following 2011’s 2-10 worksheet that we would have already won two bowl games and getting ready to go after a third?
Question 6: The Arkansas game aside, has this team not competed well in all ten of the other contests?
Question 7: According to the experts in Las Vegas, the Egg Bowl can go either way. Do we all concur?
There is still a great deal at stake before the fat lady sings on the 2014 season. Let’s all regroup as we have our archenemy showing up on Saturday.
Make no mistake — they want to see us end up 8-4 as they sail into the final four sunset. We have to stick together regardless of our current pain. I’m sure everyone saw the classic western Tombstone.
Late in the movie, Wyatt, Doc Holliday and several Texas Rangers were in a deadly shootout outnumbered by the Cowboys. One of the Rangers asks Doc (who is fighting a terminal illness) what is he doing in the midst of this situation. Doc replied, “Wyatt is my friend.”
The Ranger then responded, “I’ve got many friends!” Doc answered, “I don’t.”
As a Rebel fan, I can relate to Doc’s honest response. I hope we all can. It’s only the Egg Bowl that’s at stake!