One day left until Music City Bowl Day! Hotty Toddy! Here are numbers 11 through 15 of our Top 50 Countdown. Enjoy! 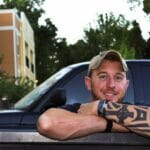 Marine vet Gregory Paul Lewis is a 23-year-old freshman at Ole Miss from New York. He is not like the other 3,500 freshmen though. Lewis and his roommate, Luke White, served in Afghanistan together and suffer from PTSD. They have a bond unlike any other freshmen this year. 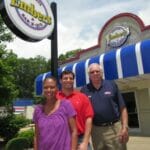 Don Newcombe, the creator of both the Newk’s and McAlister’s franchises, recently opened another Oxford original. Ember’s specializes in barbeque, breakfast and, yes, biscuits. Their convenient drive-thru is located on University Avenue, next to Sno Biz. 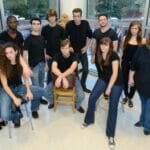 During a production of The Laramie Project on campus this fall, members of the Ole Miss football team were accused of yelling insensitive slurs at the actors, specifically about their sexual orientation. Both the University and football program launched extensive investigations into the incident. 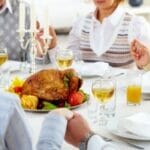 12. How To Get Your Turkey Ready For Thanksgiving

Food genius and HottyToddy.com culinary contributor Laurie Triplette gave us her recipe and step-by-step instructions on who to serve a perfect turkey at Thanksgiving dinner. However, who doesn’t love turkey year round? 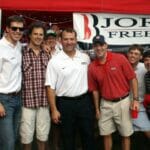 11. Tailgate Group Gives UM Band Its Own Walk of Champions

Former Ole Miss football star Todd Wade and his tailgate group, affectionately called Poe’s Catfish Shack, decided that the Pride of the South marching band deserved its own Walk of Champions through the Grove on gameday.

Tomorrow, we enter the Top 10 of our countdown! Stay tuned for numbers six through ten, or Click Here to read ahead.