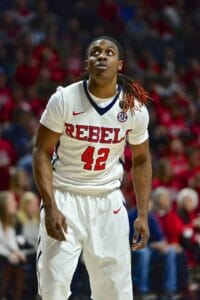 The Southeastern Conference teams are set to invade the Music City of Nashville, Tennessee for the 2016 SEC Men’s Basketball Tournament.

The SEC action in the Bridgestone Arena begins when Tennessee faces Auburn at 7 p.m.

Ole Miss (20-11, 10-8 SEC) is the seventh seed in this year’s tournament. The Rebels will take the court Thursday evening to open the night session against the Alabama Crimson Tide.

Senior Stefan Moody has had another amazing season in an Ole Miss uniform. Moody was named the second-straight winner of the C Spire Award Howell Trophy. Last Wednesday night in the Pavilion against Mississippi State, Moody had a career night by scoring 43 points in the game.

The Crimson Tide ended its regular season with a 17-13 overall record and a 8-10 mark in SEC play after falling 70-63 at Georgia last Saturday. Alabama has lost four of its last five SEC games after winning five straight. Senior Retin Obasohan leads the Tide in scoring averaging 17.2 ppg and posted 20.6 ppg in conference play. Junior Shannon Hale is second on the team scoring at 11.2 ppg, while Dazon Ingram leads the squad in rebounding pulling down 5.9 per game. Alabama ranks last in the league in scoring at just 66.6 ppg, but are second in the conference giving up only 67.1 ppg.

Fans can watch this game on SEC Network or listen to the Ole Miss Radio Network. The winner of the game will advance to take on the No. 2 seed Kentucky Wildcats this Friday.

Adam Brown is the sports editor for HottyToddy.com. He can be reached at adam.brown@hottytoddy.com.