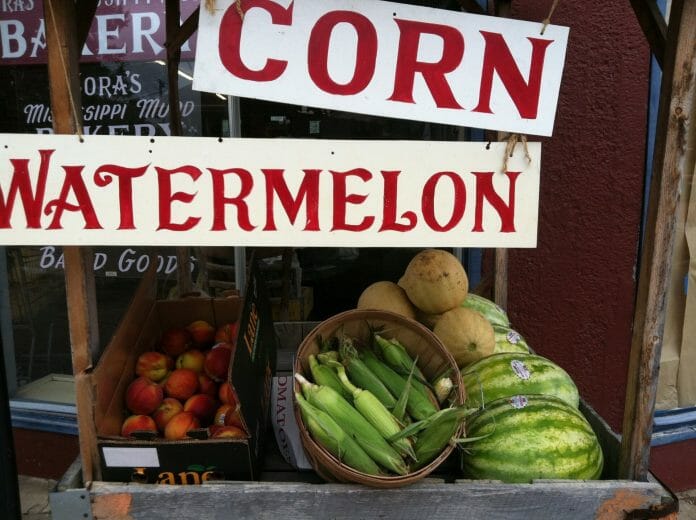 The B.T.C. Old-Fashioned Grocery in Water Valley has cultivated a word-of-mouth following, and yet many in Oxford still look puzzled upon the mention of its name. I myself don’t often find the time to meander out to the Valley to revel in its delicacies either. And, so, I’m pumped about the release of the store’s new cookbook.
I last wrote about B.T.C. in the afternoon wake of my lunch of the Say Dixie sandwich, a savory example of their dynamic, creative menu of modern twists on breakfast and lunch classics.
Locals go to the B.T.C. Old-Fashioned Grocery in Water Valley, Mississippi, for its skillet biscuits and sausage gravy breakfasts, made-to-order chicken salad, spicy Tex-Mex pimiento cheese sandwiches, and daily specials such as shrimp and grits. The B.T.C.’s freezers are stocked with take-home Southern yellow squash casseroles and its counter is piled high with sweets including peach fried pies as well as seasonal produce, local milk, and freshly baked bread.

“Be the Change” has always been the store’s motto. Now, store owner Alexe Van Beuren and cook Dixie Grimes present the B.T.C. Old-Fashioned Grocery Cookbook, sharing 120 of the store’s best recipes—giving home cooks everywhere a taste of the food that brought a community together, sparking friendships, reviving traditions, and revitalizing an American Main Street.
Raised in the Blue Ridge Mountains of Virginia, Van Beuren now lives with her husband and their two children in Water Valley. Grimes is an Oxford native who has cooked for more than two decades in a number of restaurants. She has helmed the kitchen of the B.T.C. since 2011.
For more information about the B.T.C. Old-Fashioned Grocery, click here.
— Tad Wilkes, tad.wilkes@hottytoddy.com