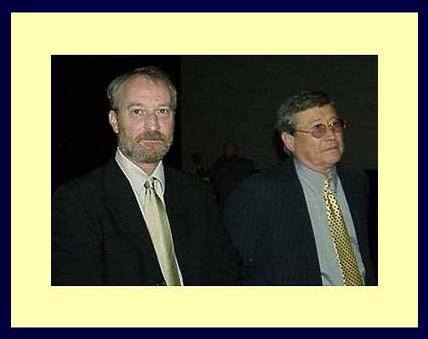 For one semester, Larry Brown taught as a writer-in-residence in the creative writing program at the University of Mississippi, temporarily taking over the position held by his friend Barry Hannah. Brown was awarded the Mississippi Institute of Arts and Letters award for fiction. He was the first two-time winner of the Southern Book Award for Fiction, which he won in 1992 for his novel, Joe and again in 1997 for his novel Father and Son.

In 1998, he received a Lila Wallace-Readers Digest Award, which granted him $35,000 per year for three years to write. In 2000, the state of Mississippi granted him a Governor’s Award For Excellence in the Arts. He later served as visiting writer at the University of Montana in Missoula. He taught briefly at other colleges throughout the United States.

Barry Hannah was director of the MFA program at the University of Mississippi, in Oxford, where he taught creative writing for 28 years. His first novel, Geronimo Rex (1972), won the PEN/Faulkner Award for Fiction and was nominated for the National Book Award. Airships, his 1978 collection of short stories about the Vietnam War, the American Civil War, and the modern South, won the Arnold Gingrich Short Fiction Award.

The following year, Hannah received the prestigious Award in Literature from the American Academy and Institute of Arts and Letters. Hannah won a Guggenheim, the Robert Penn Warren Lifetime Achievement Award, and the PEN/Malamud Award for excellence in the art of the short story. He was awarded the Fiction Prize of the Mississippi Institute of Arts and Letters twice and received Mississippi’s prestigious Governor’s Award in 1989 for distinguished representation of the state of Mississippi in artistic and cultural matters.