Cinco de Mayo is here, and Oxford’s Mexican restaurants are celebrating around town.

The celebrators can buy the official Casa Mexicana’s Cinco de Mayo shirt for every single ticket of $20 or more. The restaurant is celebrating with gift giveaways all night long. Of course, there will be specials. Lime regular margaritas are $1.99 with a pitcher for $10.99. Flavored margaritas are $2.99. A pitcher of domestic beer are $4.99 and a pitcher of imported beer are $5.99 with 12-ounce beer at $1.50. 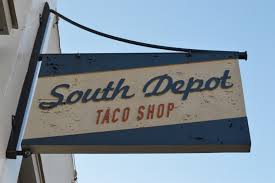 South Depot Taco Shop on the Square are serving the usual Tuesday special: two for one domestic beer orders, but there will be a dollar off margaritas all day long for those looking to get on an early start.

Now here’s a brief lesson on how Cinco de Mayo came to be in United States. The American celebration of the day began in California in 1860s in response to Mexico’s resistance to the French rule. UCLA Center for the Study of Latino Health and Culture published a paper that stated Mexican miners near Columbia town (now Columbia State Park) were so overjoyed at the outcome of the Battle of Puebla where 4,000 Mexican soldiers drove out 8,000 French soldiers they fired rifles and fireworks, sang patriotic songs and gave speeches.

Ever since then the holiday celebrations has continued in United States.

Callie Daniels is a staff reporter/writer for HottyToddy.com. She can be reached at callie.daniels@hottytoddy.com.