24 Southern Expressions for the Crazy 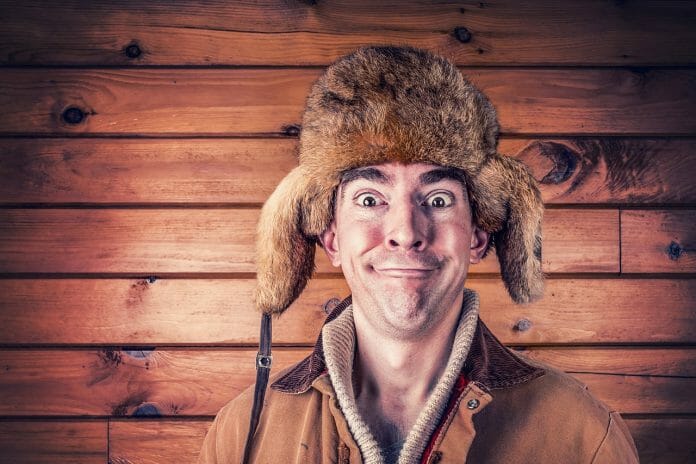 “This is the South and we’re proud of our crazy people. We don’t hide them up in the attic, we bring them right down to the living room to show them off. No one in the South ever asks if you have crazy people in your family, they just ask what side they’re on.” – Dixie Carter

Southerners love eccentrics. William Faulkner walked about town in his Royal Air Corps uniform. In Memphis, Robert Hodges, better known as Prince Mongo, is often seen around town with a long wig, aviation goggles, and a rubber chicken attached to his jacket.

Not surprisingly then, Southerners have many phrases to describe beloved characters.

As crazy as a betsy bug.

Note: The “bessie” or “betsy bug,” is also known as the “horn beetle”, “patent­leather beetle” and “pinch bug.” They fly erratically and make lots of noise, and seem…well…crazy.

As crazy as an outhouse rat.

Meaning: Only the crazy rats would live in an outhouse.

Crazier than a dog in a hubcap factory.

Crazy as a dog in a cat factory.

Crazier than an out­house fly.

Crazy as a run­over cat.

Fact: A disorder known as Hyperesthesia is a condition that can make a cat react as they’re having a can nip fit. This disease can actually cause the skin along the spine of your cat to ripple.

Crazy as a shot at rat.

Crazy as a soup sandwich.

Note: If you don’t think that’s crazy, make one and try to eat it.

Crazy as a sprayed cockroach.

Meaning: Running around like a chicken with its head cut off.

He’s about half a bubble off plumb.

Fact: The “plumb bob” has been used since at least ancient Egypt to ensure that buildings are “plumb”, or vertical.

He’s nuttier than a squirrel turd.

Fact: Never seen a squirrel turd? You probably won’t. Squirrels can defecate on the run and the skat is the size of a grain of rice.

Rather than: Crazy as a cat in catnip.

Note: In “The Adventures of Tom Sawyer,” Tom Sawyer proposes “stump­water” or spunk­water as a remedy for warts.

Kangaroos are loose in the top paddock.

“Eccentric: A man too rich to be called crazy.” – Anonymous

Loopy as a cross­eyed cowboy.

“Honesty is the best policy, but insanity is a better defense.” – Steve Landesberg

Nuttier than a five-­pound fruitcake.

Russell Baker claims to be in possession of a fruitcake that a relative baked in 1794 as a Christmas gift for George Washington. (He allegedly sent it back.) Baker and his relatives gather each year to savor a tiny morsel of the fruitcake.

Nuttier than a port­a ­potty at a peanut festival.

Only got one oar in the water.

Note: The expression dates back to the sixteenth century and has turned up in all sorts of different formulations down the centuries.

She’s got a bee in her bonnet.

Note: This saying has been around since the late 1790s. It also means to be “obsessed.”

The cheese slid off of that boy’s cracker!

Rather than: I don’t know whether to come home or go crazy.

The elevator don’t go all the way to the top.

Fact: The high­speed elevators in Taipei 101, the world’s tallest building, have a maximum speed of 37.6 mph.

“Insanity doesn’t run in my family; it gallops.” – Cary Grant

The wheels are still turning, but the hamsters died.

“I hate to advocate drugs, alcohol, violence, or insanity to anyone, but they’ve always worked for me.” – Hunter S. Thompson

You don’t have to hang from a tree to be a nut.

“Insanity is hereditary, you get it from your children.” – Sam Levenson