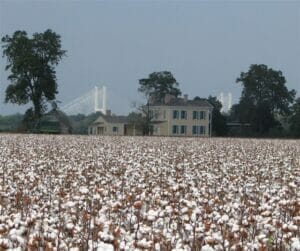 The rich soil and flat land surrounding the Port City once made Greenville one of the most prominent places in the country to export crops. Cotton, corn, soy beans, rice and wheat are just a few crops that can be seen growing around Greenville. Fields can even be seen inside the city limits; some fields are at the back doors of many of the town’s residents.
Greenville has birthed a number of notable people that have taken their talents of writing, singing, playing basketball and football and producing television shows around the country. Steve Azar, a notable country music singer, had his first hit “I don’t have to be me (‘Til Monday)” on national country charts in 2002. Since releasing a few other singles, Azar started his own record label called Dang Records. Other notable citizens of Greenville include Jim Henson (who was born in Greenville, lived in Leland), the creator of the Muphets; Antonio Johnson, a football player for the Indianapolis Colts; U.S. Senator Le Roy Percy (whom the state park, Le Roy Percy State Park is named after). It is important to note that punter/kicker from Ole Miss, Nathan Noble (#91) is from Greenville as well.
The food and people are another reason to ride down Highway 1 and 82 to the heart of Greenville. If you’re in the mood for steaks then head to Nelson Street to Doe’s Eat Place. The restaurant opened in 1941 by Dominique “Doe” Sigma and Mamie Sigma. Be prepared to be greeted by staff in the kitchen, as you will walk through the kitchen to be seated in the back of the restaurant. 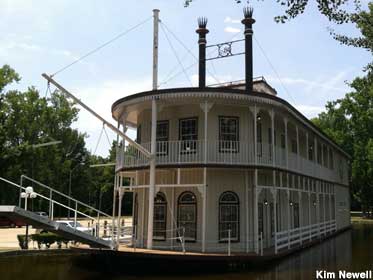 Another fun place to visit is the River Road Queen Welcome Center, located a few miles off the road on Highway 82 after you cross the Mississippi River Bridge coming from Arkansas. The welcome center resembles the Victorian riverboats that used to sail down the Mighty Mississippi. In the museum, you will learn about the history of Greenville, famous and notable people of the town, other delta attractions and be sure to walk out on the boat’s second story balcony to take pictures on the boat.
Greenville is a town flourishing with history, but it once was almost completely destroyed in 1927 when the Mississippi River flooded. In April of 1927, the levee, that separates the river waters and the town of Greenville, broke after months of heavy rainfall. The breaking of the levee caused at least two million acres of land was covered in flood waters. Nonetheless, the people of Greenville stood strong. The waters receded and the levee was built up to be bigger and stronger. The town grew in years to come, and in recent years a new river bridge was built, which gives views of the levee.
There is so much history to be told of Greenville, but it would require an entire book filled with chapters to do so. 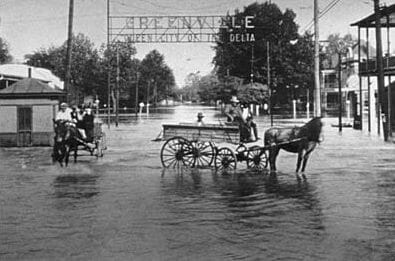 Emily Newton is a managing editor and staff reporter for HottyToddy.com. She can be reached at emily.newton@hottytoddy.com.