After three weeks of dedicated voting from residents all over the nation, Garden & Gun has announced the winner: Blacksburg, Virginia as the Best Southern College Town.

On its website, Garden & Gun wrote, “At the start of March Madness, we launched our own bracket: thirty-two college towns from across the South going head to head for the title of Garden & Gun reader favorite. After more than 625,000 votes and some very tough matchups, readers selected Blacksburg (home of Virginia Tech) as their pick for the best Southern college town. Congratulations to the town of Blacksburg, Virginia.” 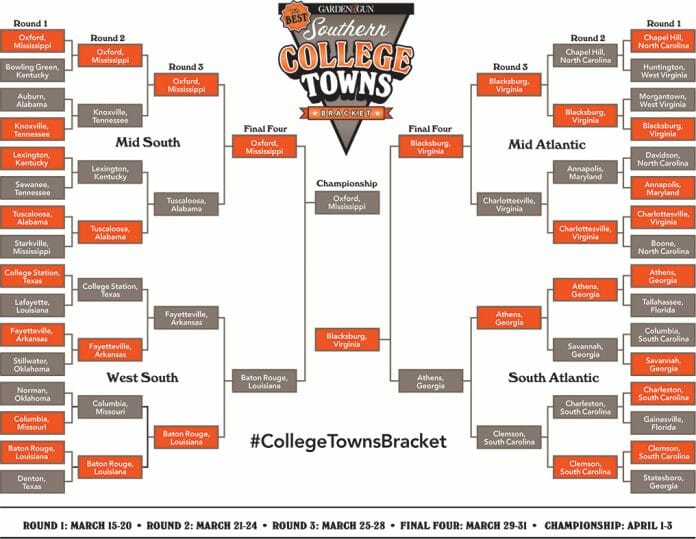 We at HottyToddy.com thank our readers for voting on Oxford’s behalf. The competition was a good run, and it is an honor that Oxford has gotten this far in the brackets.

The results can be viewed at this link: http://gardenandgun.com/article/best-southern-college-towns-bracket