The Square has not had sushi since Two Stick Sushi closed its doors two years ago. But that will change with the opening of Mr. Phat’s Sushi & Wok within FINS. Mr. Phat should be a familiar name to long-time Oxonian residents.

Mr. Phat is a 71-year-old Chinese man who has been around Oxford since the 1980s. He worked at Ruby Chinese for over 15 years and with Two Stick Sushi for nearly 12. He has worked at Oxford Grillehouse over the last year rolling sushi as well as other kitchen jobs.

Clint Boutwell, owner of Oxford Grillehouse, FINS and Mr. Phat’s Sushi & Wok as part of Boutwell Restaurant Group, LLC., said, “He is such a funny sweet man with many lively stories! He and I have always talked about opening him a sushi place since there is no sushi on the square any longer. Just so happens I have room for him at FINS!”

Boutwell had the idea to open Mr. Phat’s Sushi & Wok. He also added the word “Wok” to emphasize the balance between Chinese and Japanese cuisines featured at the upcoming restaurant.

“I love Mr. Phat’s sushi and he loves to roll it,” said Boutwell. “It’s all about the rice, and believe me the rice is great!”

The customers will be able to build their own wok dishes. Boutwell said he likes being able to mix and match so he is happy to give the option to his customers. The customers will choose a noodle or rice, vegetables and then choose one of 10 available sauces and one protein and then shiitake mushrooms, bok choy or bamboo shoots and more. The menus are here below: 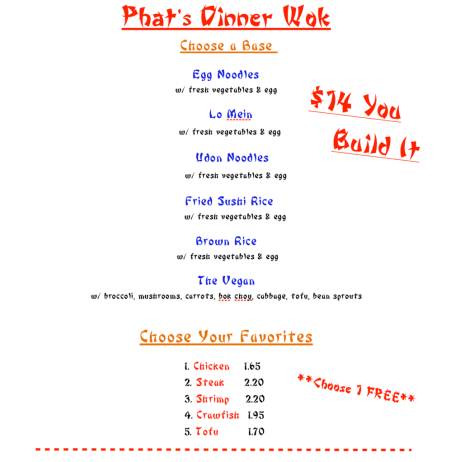 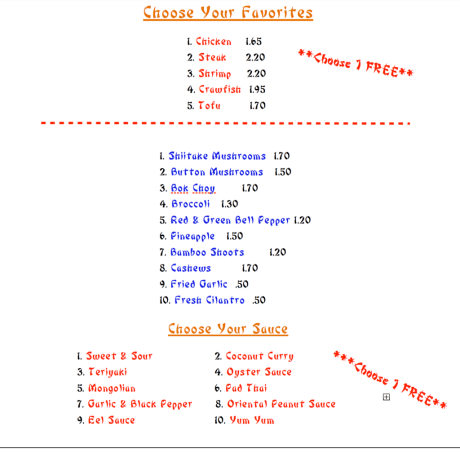 The sushi bar will be located at the back of FINS in a bar that was previously used as the oyster bar. They have converted the counter to granite tile and done some painting and decor change to set apart the two areas in the restaurant.

People can sit at either the sushi bar or at a regular table and eat a crab stuffed grouper from the FINS menu or enjoy a Volcano roll from Mr. Phat’s menu.

Boutwell said the open date is tentatively set on January 13th. It is advisable to stay tuned to FINS Oxford or Mr. Phat’s Sushi & Wok Facebook pages for further details.