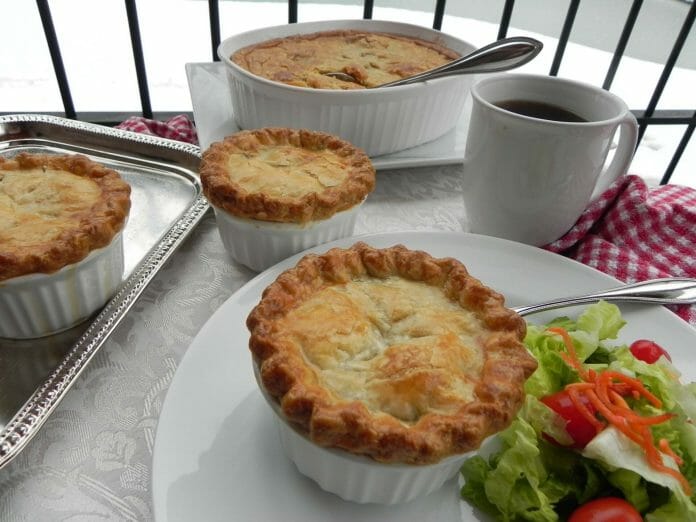 As cold as a banker’s heart (on foreclosure day at the widow and orphans’ home): With all due apologies to our banker friends, this self explanatory expression harks back to Dickensian times, when the bank note was due, come Hell or High Water (and we all know what THAT expression means)…

WHAT TO DO ON A SNOWY WINTER’S EVE

The winter of 2015 is one for the record books, and it’s not yet over. Don’t let the pending warm spell fool you. Here in the Mid South all bets are off until Easter.

So what’s a person to do when our Southern weather makes international news, like it did during the coldest February on record?

Those fortunate enough to have prepared for Snowmageddon and Arctic temperatures should stoke the flames in the fireplace, crank up the emergency generator, and stir the pot of stew simmering on the wood stove.

The rest of us will have to pray for no power outages or frozen water pipes when the next wave of late winter hits the region.

During such chilling times, if the stove is still functioning, I recommend concocting a filling supper of homemade beef pot pie, and capping that all-in-one meal with a wee bit of Irish coffee.

… worked for me this past week when ice and snow encased all of Dixie territory south of I-40 and north of I-20.

That’s when my inherited and constantly honed obsession with food storage paid off. For starters, the freezer yielded a package of stew beef, several frozen pie crusts, and a package of frozen peas and carrots. The fridge and pantry yielded heavy whipping cream and eggs, an onion, celery and garlic (MUST-HAVES in EVERY kitchen). And my bar yielded… well, this IS Rebel country.

The resulting beef pot pie and Irish coffee proved filling and nourishing for the group of overgrown post-teens who gathered in my kitchen after several hours of frolicking on vintage wooden sleds. By evening’s end, we were sitting fat dumb and happy, which is a colloquial way of saying we were sated and comfortably warm.

To quote one of my friends not from around here, when the frozen landscape looks like a giant pot of grits exploded everywhere, consider it time to hunker down on the sofa and wrap the faux fur throw a bit tighter. Make another Irish coffee and call it dessert. And as that ear worm of a song says, “Let it go, let it go…”

Leftover pot roast is excellent for this recipe. Never fear if you don’t have 2-1/2 hours of time or a package of stew beef. The shortcut version of this is to open a few cans of roast beef-in-gravy, and combine with briefly sautéed frozen diced onions, minced garlic and veggie soup mix (carrots, peas and celery). 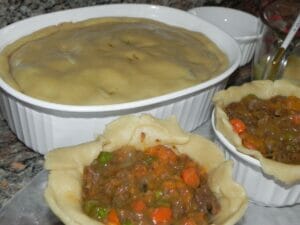 1 egg, beaten and diluted with splash of water 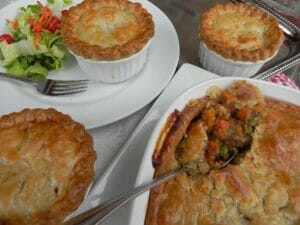 Sprinkle salt and pepper over the meat and allow it to sit for about 15 minutes. Heat the butter or olive oil in a large skillet and add the onion, garlic, and celery. Sauté until transparent.

Remove the sautéed veggies from skillet and add the meat. Sear and brown the meat, turning occasionally. Stir in the Worcestershire and onion soup mix. Add a bit of water as needed to prevent scorching, alternating stirring and covering the pan for about 15 minutes. Uncover and simmer another 15 minutes, until liquid is absorbed and the meat turns dark.

Add a small amount of water and scrape “fond” bits off the bottom of the pan. Add the veggies back into the pan. Simmer another 15 minutes, until mixture becomes thick. Cook peas and carrots on stovetop for about 5 minutes, drain and stir into the meat mixture. Add mushroom soup and a can of water. Simmer on medium low for about 5-10 minutes, adding the dissolved flour and stirring until thickened. Gently fold in the cooked potatoes and remove from heat.

For casserole containers, place the dish on the rolled piecrust and cut dough slightly larger than edges of the dish. Fill dish with meat mixture, leaving about 1 inch at top. Position cut crust over the filling, working and rolling back edge to fit smooth against side of dish. Use leftover dough to roll a thin rope of dough, and position it around edge of fitted dough.

For ramekins, cut circles of rolled dough about 1 inch larger than circumference of ramekin tip. Fit into the ramekins, pressing up and around the edges. Pierce the bottom and sides of dough to prevent bubbles. Cut second set of circles close to size of tops of the ramekins. Spoon filling into lined ramekins and position small circle on top. Pinch dough from sides with top dough and crimp as you would for a regular pie. Pierce the top to allow steam to escape.

Beat one egg in a small bowl and add a splash of water. Gently brush the beaten egg wash over the exposed dough. This will enhance flakiness and golden coloration.

Preheat oven to 375-400˚F (depending on how hot your oven bakes). Bake the beef pie(s) on a baking sheet in center rack for 35-45 minutes, until mixture is bubbling through the dough piercings, and crust has turned golden brown. Serve immediately.

Irish coffee as we know it is said to have been invented and named by Joe Sheridan in the 1940s in Foynes, in County Limerick, as a warming beverage for American passengers disembarking on winter evenings from a Pan Am flying boat. He added whiskey to coffee (Americans’ preference) and topped it with cream. According to food historians, Stanton Delaplane, a San Francisco Chronicle travel writer, took the recipe home after drinking it at Shannon Airport, and began serving it at the local Buena Vista Café in 1952. Other barkeeps claim authorship of the drink, but it had precedence throughout Europe — 19th Century precursors were popular in France, Germany, Denmark and Vienna, where boozy coffee was topped with whipped cream. 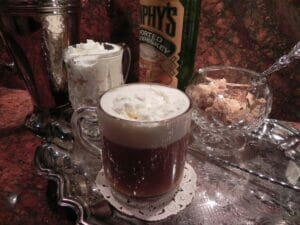 Proper presentation is to serve the beverage in a footed glass mug. Many versions in the United States call for espresso or dark roast coffee. The key to successful preparation of the drink is to make the cream float on top of the coffee. This is best accomplished by stirring in a generous amount of brown sugar (sugar encourages the cream to float) after adding the whiskey. Carefully pour the thickened cream over the back of a spoon or use two spoons to add the whipped cream. It takes practice.

Don’t be like Delaplane and his buddies, who after 30 million servings, declared that Irish coffee ruins three good drinks — coffee, whiskey and cream!