A few days ago, Scott Coopwood, Ole Miss graduate and publisher of Delta Magazine and Delta Business Journal, spent a day with the cast and crew of the show “Diggers”, which aired on Tuesday nights on the National Geographic Channel.
The show centers around two guys from Montana who unearth buried treasures around the country with their metal detectors. Last year, Coopwood helped the show and its producer film a segment called “Diggin the Blues”, where they visited famous blues sites around the Mississippi Delta. This year, Coopwood was called on again to help the producers film something related to the Civil War. They visited several sites in and around Vicksburg this time. On the Champion Hill site, Gov. Phil Bryant joined the team and found some items with his metal detector.
Pictured (below), with Coopwood (center), are the show’s stars “King George” Wyant, (right) and Tim Saylor (left). This show will be the last show of the season, episode number 28, and air at the beginning of the summer.
The Diggers flew in to Mississippi from San Francisco, where they filmed show number 27.
“I have always loved history,” Coopwood said. “And it was fascinating to watch these guys unearth items no one has touched in over 150 years. It was very moving to see these items and think about all of the history associated with them.”
Coopwood said there is already talk about the team returning to Mississippi next year to film another episode.
And what will the Diggers be in search of this time?
“My lips are sealed,” laughed Coopwood. 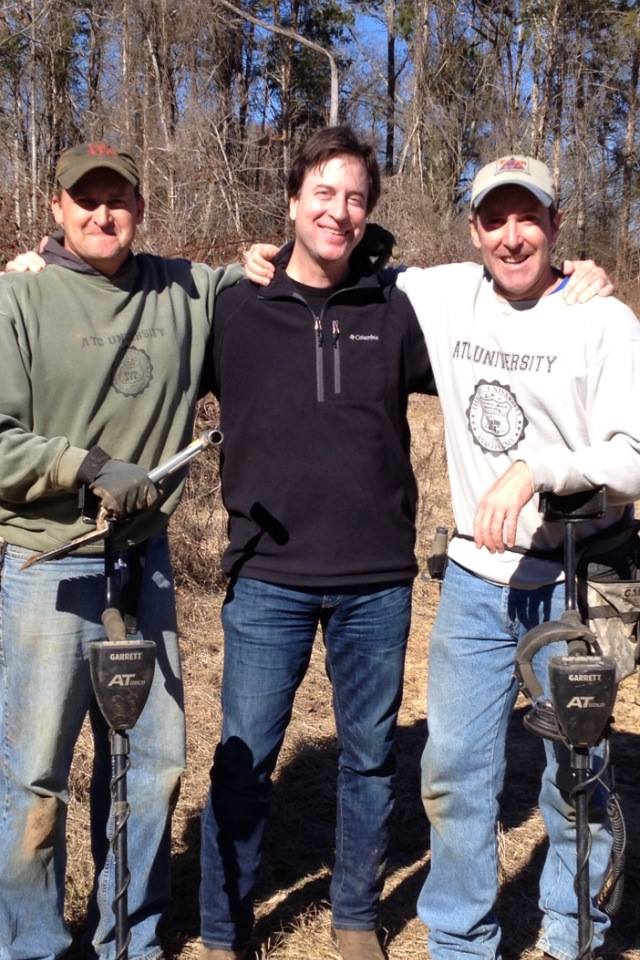