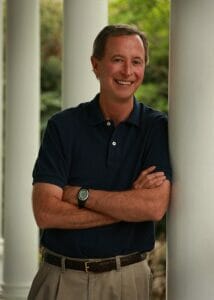 I know you remember the moment where Amity Police Chief Roy Scheider sees JAWS for the first time and turns to insane Orca Captain Robert Shaw and says, “We’re going to need a bigger boat.”

I had one of those moments Saturday watching college football. I’m telling you WE’RE GOING TO NEED A BIGGER EVERYTHING.

6’4,” 375 pound offensive tackles were fighting off 6’3,” 325 pound defensive linemen who are smaller because they have to be more nimble, according to the color commentator, a 6’5” 260 pound former college all-star who has slimmed down since his playing days.

And these are just college kids, some as young as 19. The pro footballers are even bigger, since they can spend more time eating and lifting weights because they no longer have to waste time attending classes. According to unreliable sources I have turned to in the past, there are 360 pro football players who weigh over 300 pounds. There are some who tip the scales in the low 400s.

It’s not just football players. Basketball players are bigger, too. Because bones apparently do not have the elasticity of skin, players seemed to have topped out around seven feet tall. There have been a few great players in college and the NBA over seven feet, but not many. But these current 6’10” guys are muscular and fast as lightning. SOME OF THEM ARE BALL HANDLERS. Imagine that. Wait. You don’t have to imagine that. You can watch pro games and see men who are 6’8” and built like Charles Atlas (who was actually wiry by today’s standards, if you look at his old pictures) dribbling, bringing the ball down the court, leading fast breaks.

Professional baseball players and golfers are not much taller, but have bulked up considerably from the old days. To appreciate the contrast, look at the faded, sepia-toned photographs of the pro athletes who fought in the Civil War, and you will be amazed at how short and skinny they were, and how their pants bunched up at the waist when they tightened their 26” belts. Little wonder the marketing executives of the time never used them in ad campaigns to promote new automobiles or electric razors.

Being naturally inquisitive, I did an in depth analysis for over thirty minutes to figure out why today’s athletes are so super-sized, and I came up with some startling conclusions:

It’s not just athletes that have become humongous. Go to any airport, have a seat to wait for your delayed flight, and watch members of the American public waddle by.

States are competing for federal obesity subsidies. The fatter the constituents, the more federal money to fight it. I am proud to say my current domicile, Mississippi, and my home state, Louisiana, are consistently rated 1 or 2 in the fatty sweepstakes.

The food we eat today is much bigger. My wife brought home chicken breasts from our local supermarket. She broiled them and served me one, a Double D that hung over the sides of the platter, leaving little room for giant zucchini slices and Texas toast. Some experts say these enormous breasts are a result of steroids given to our chickens, but I don’t buy it. I have never read or heard of a chicken with roid rage wiping out his ex-hen or his entire family of biddies.

It may be that humans seem bigger because our clothes and automobiles are getting smaller. I saw a man in a European-cut suit trying to get into a Smart Car the other day. I think I’m on to something.

In spite of my well-documented identification of the causes of excessive human growth, I don’t think anyone’s going to do anything about it. I envision professional sports teams competing in the BEHEMOTH divisions in football and basketball, and the MUNCHKIN division sports, such as soccer, track and field, snooker, and tether ball.

But there is reason for hope. Small people will continue to gravitate to industries where the tiniest of humans can prosper. Think of the wee men who have become heartthrobs on the silver screen or mini-titans in broadcast journalism.

So all you shrimps take heart. You’ve got that going for you.

Michael Henry is a writer in Oxford. A graduate of Tulane and Virginia Law School, Henry published his seventh novel, Finding Ishmael, in April 2014.