Paul MacLeod to Be Memorialized; Graceland Too to Reopen 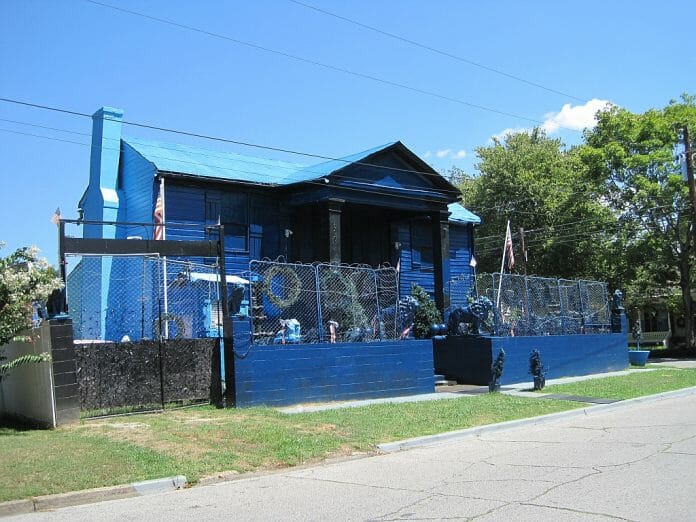 Days after the shocking turn of events that found one man shot to death after allegedly intruding into Graceland Too and then found the shrine’s owner dead, too, new developments promise to honor and secure the memory and legacy of the world’s number one Elvis Presley fan. In the meantime, officials are still trying to make sense of the events of last week.
Phillip Knecht, attorney for McLeod, said Graceland Too has learned from Ben Creekmore, district attorney of Marshall County, Mississippi, that the investigation into the death of Dwight David Taylor, on Tuesday, July 15, remains ongoing. The results of this investigation will be given to the Grand Jury of Marshall County on October 1, 2014.
“Graceland Too welcomes this development and looks forward to the grand jury finding Mr. McLeod innocent of all charges,” Knecht said in a written statement. “We expect Paul McLeod to be fully exonerated, and will continue to vigorously defend Paul in the court of law and court of public opinion. We have also learned from Richard Anderson, Marshall County Coroner, that the autopsy results of Paul MacLeod are not ready, and that the results of the autopsy will be available within one to six months. Graceland Too will do everything in its power to speed this process along.”
Knecht says the spirit of McLeod is rolling forward, regardless.
“Graceland Too, in partnership with the City of Holly Springs, is excited to announce a Memorial and Celebration of the Life of Paul McLeod, which will be held in Holly Springs, Mississippi, on Tuesday, August 12, 2014, during Elvis Presley Week,” Knecht said. “This event will be open to the general public, and all of Paul’s family, friends, fans, lifetime Graceland Too members and Elvis Presley fans are invited. Graceland Too will be collecting donations at this event to pay for Paul McLeod’s funeral and burial expenses, and the expenses and costs of his estate. Further details, including exact times and locations, will be posted in the coming days and weeks on the personal Facebook page of Phillip Kyle Knecht, the Facebook page of the Knecht Law Firm, the unofficial Paul MccLeod Facebook page, and with the Holly Springs City Hall, office of Mayor Kelvin Buck, and the Holly Springs Tourism and Recreation Bureau.”
Also, during the day of August 12, 2014, Graceland Too will again be open to the public for tours.
“Admission, as always, will be five dollars,” said Knecht. “Lifetime memberships, for this one time only, will not be honored, as all proceeds from this tour will go towards Paul’s funeral, burial, and estate expenses. These tours will be led by some of Paul’s closest family, friends, and lifetime Graceland Too members. There might even be a few words from the legend himself. August 12 will culminate in a midnight candlelight vigil at Graceland Too, to help send Paul onwards to meet the King of Rock and Roll. Graceland Too is honored and touched by the outpouring of sympathy for Paul, and the growing collection of soda cans at the doorsteps of Graceland Too. We encourage Paul’s fans to continue to stop by and leave these cans in his memory. Elvis may have left the building, but Paul MacLeod will be with us always.”