Judy Rhodes Davis, a master of vocal performance with a degree from the University of Mississippi as well as a former teacher of beginning piano classes at the university, uses her musical talent to create relatable and thoughtful Christian music. 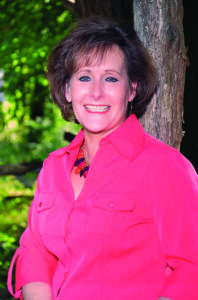 A Pelahatchie native, she lives with her husband, John (also an Ole Miss graduate) working and writing from home. What’s interesting about Judy’s music is that she says the songs do not come from her own thoughts at all.
“The songs on my CD literally were divinely imparted to me. Some came to me in the morning, when only half awake,” Davis said. “When I was alert enough to stumble to the piano, I could play the tune in my head and was able to put the chords with it.
“The most dramatic impartation was while I was driving home one day. I was mindlessly singing and realized that it was something I had never heard before! It was the first four lines of a prayer that a parent would pray for a sick child. That is when I began to see where God was leading with the new songs He was pouring into me; this would be a body of work that would be an encouragement to parents with chronically ill children like I had.”
Judy’s three children struggled with multiple illnesses throughout their childhood. She and her husband’s first born, John Kyle, was diagnosed at 5 weeks old with hydrocephalous, a buildup of fluid inside the skull that leads to brain swelling. After years of medical attention, at age 5 he was released from his annual checkups and his required shunt with no complications. Their third child, Leah, was born with Pierre Robin Sequence. 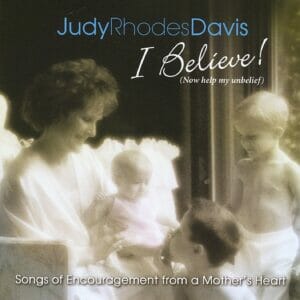 “This birth defect is as rare as one in 6,000 live births and is evidenced by a cleft soft palate, shortened mandible (lower jaw bone), and trouble with the tongue occluding both the nasal and oral airways,” Judy said.
While Leah was still in the hospital, Davis’ second son, Ken Harpe, became ill and was given a round of antibiotics that destroyed his intestinal track. He grew worse each day and required a large amount of medical supervision, while Judy and John were still attending to the special needs of their daughter. The children are 24, 20, and 18 years old now. John Kyle has graduated from the University of Mississippi and is an administrative intern for Coach Hugh Freeze. Ken Harpe is in his junior year of college at Ole Miss and works as a student manager for the football team. Leah will attend Ole Miss next fall.
“Looking back, we can now see that God carried us through those years and taught us many things about Himself and His ways in the process,” Judy said. “Each of the songs on this album has special meaning to me for they are the lessons that God taught us as He carried us through the health challenges we faced with our children.”


In the years where Judy was creating her work, she said, “My music charting skills were inadequate for such a body of work, and after what seemed like an eternity, God led me to Marty Parks, seasoned composer, arranger, and producer.” Marty helped to arrange and chart the music and traveled with Judy to Nashville, the singer continued to work on her pieces with Marty’s musical friends, eventually producing the album.
“I Believe! (Now help my unbelief)” contains uplifting pieces with unique lyrics, and Davis’ voice is a joy to listen to as she clearly and confidently sings about the love of her Creator. Davis says that the title is a reference to Mark 9 in the Bible, where the Jesus tells a father who has brought his ailing son to Him, “If you can believe, all things are possible to him who believes.” The father responds with “Lord, I believe; help my unbelief.”
“The CD about her children was very inspirational because of her faith in God for the healing of her children and God’s ministry to Judy,” says John and Kaye Patrick, friends of Davis’. “The song “Holy Are You, Lord” brought tears to our eyes because it helped us to remember That God is Holy, God is the Healer, and God is Love. Her great faith helped us to remember never to feel hopeless.”
Judy hopes that her music will provide comfort and healing to listeners.
She said, “Whether the need is physical, spiritual, or emotional, I hope you’ll find some comfort here.” She gives all credit, from the beginnings of writing the lyrics to the final production, to her Savior.
“These songs are a divine impartation from the Holy Spirit for which I can take no credit. I tried to compose years ago and quickly discovered that I did not have that gift. Literally, I feel like a vessel through which God has poured a portion of His living water!”
Davis continues, “My heart’s desire in making this album is that these words and music from the Lord will help us remember that there is no other more satisfying, peaceful place to go during times of stress and sorrow than to Jesus.”
Davis’ album can be purchased on iTunes, Amazon, and her website.
Miller Hollingsworth is a HottyToddy.com staff reporter and can be reached at mmhollin@go.olemiss.edu.
Facebook
Twitter
Pinterest
Previous articleRebels Drop Overtime Heartbreaker in Season Opener
Next articleThanksgiving Time: What You Need to Know When Shopping for the Turkey