This past week, I thought a lot about the death of comedian Joan Rivers — because of the great amount of media attention that was given to her passing. 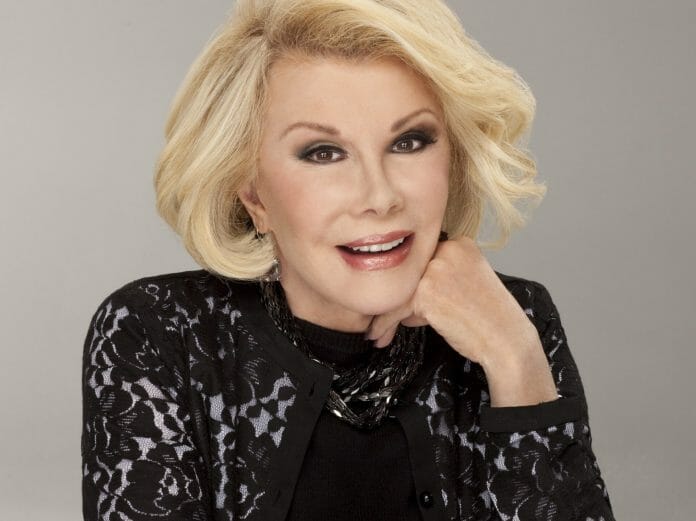 In my view, she had a foul mouth and was not someone our children should have admired. She was known for using that comedic form of insult as a way of getting a laugh. She was not beyond humiliating people in the audience at her shows, or making fun of her own body parts, or even insulting her daughter’s body parts on live television for a laugh.
While her comments raised eyebrows more often than a laugh, most of her jokes on TV were tame compared to her club performances. I went to YouTube earlier this week and cannot begin to describe how lewd her act was on a particular show I tuned into. I’m no angel, but her club performances — her words, jokes, the way she referred to women — were way over the line.
I get it, many comedians are like this. “You don’t have tune into her show if you disagree with her,” is a comment I bet many will tell me.
I get it, I really do. But, for the media to give attention to her passing as if this country had lost one of our main leaders? This, I do not get.
Therefore, I was dumbfounded Thursday night when ABC News’ lead story covered her passing as if a head of state had died. They dedicated considerable air time to her death. Then, at the end of the same segment, ABC returned to this story praising Rivers — again. They just couldn’t get enough. And, with the current major issues our country is facing today that Americans need to be aware of, ranging from the struggle in the Middle East to the economy, Joan Rivers’ death was the lead story in the national news that night? Really?
As I sat in my kitchen watching the piece, it made me wonder where we are in this country today on a variety of fronts. Entertainment seems to rule in these modern times, regardless of any situation. A car chase by the police in downtown Los Angeles is turned into a major breaking news story by the local TV stations there; a man on the top of a building in New York who is about to jump, “Quick! Stop regular programming and break in to the guy on the ledge,” is a huge blur to viewers. I suppose the national news outlets prioritize their news based on the entertainment value.
Once upon a time, we didn’t have all of this circus environment in our nightly network newscasts, back when Walter Cronkite and the other veteran journalists were involved. Those great reporters mostly presented Americans with cold, hard facts without the entertainment spin. We have lost much of that type of serious news reporting, and this is a disservice to our country.
I’m sorry for Rivers’ passing and for her family’s loss. But, I’m equally sorry that today in America, the national media has a hard time deciding the priority of the news.

Facebook
Twitter
Pinterest
Previous articleSocial Media Sphere Preps for Ole Miss at Vandy Saturday
Next articleShingles: What You Should Do If the Chicken Pox Virus Returns