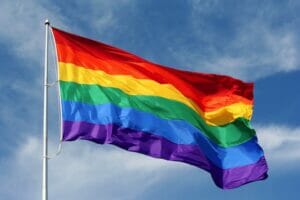 Nineteen years ago, Gail Stratton moved to Oxford for love, and it’s become her home and the place she’ll stay even after retirement.
Stratton and her wife met at a national arachnology meeting in 1982, and were friends for 10 years before dating. They’ve now been married for four years.
“We’ve gotten progressively more out as we’ve gotten older,” said Stratton, a University of Mississippi biology instructor who specializes in studying arachnids. “We’re old enough that the gay agenda is about buying milk and paying our taxes.”
Marriage in Mississippi hasn’t provided the couple with many benefits, since the state reserves marriage as a right only for straight couples. So Stratton’s wife can’t be part of her insurance plan, for instance.
The number of states with legal gay marriage rights has made a dramatic shift across the nation, and by the end of 2013, gay marriages were allowed in 17 states plus Washington D.C. And 10 more states recognize unions and partnerships. Gay southerners receive more tolerance in their home states now, with many polls showing a nearly even split of respondents who are for or against gay marriage.
Mississippi is a different case, an admittedly conservative state where gay marriage was banned by constitutional amendment in 2004. On another front, SB 2681, dubbed gay Jim Crow, is up for a vote soon before the House. It could open up the door for discrimination by private business owners against gay customers.
But gay and transgendered Mississippians still work, eat out and attend church here, just like their straight neighbors. Three cities thus far, including Oxford, have passed diversity resolutions that affirm their commitment to equality for everyone.
Mykki Newton, a transgender woman and local documentary maker, said she wasn’t surprised by the resolution.
“It’s the city’s way of saying ‘we support you and we like having you here.’ … I expected that anyway out of the city of Oxford,” Newton said.
Newton grew up and attended college in Huntsville, Ala., but wanted to explore a bigger world. She moved to New York City for 10 years of more school, acting and television work. It was in New York that she learned she had gender dysphoria, but her transition wouldn’t be possible until she returned to settle down in Oxford.
Her life had been spent in front of a camera, and the decision to become a woman and live behind the camera lens was a difficult one.
“While in Memphis, it had just reached a point that I was about to drink myself to death and I knew I had to do something,” she said. Her choice was clear, remain on camera or transition and gain a newfound level of peace and happiness. 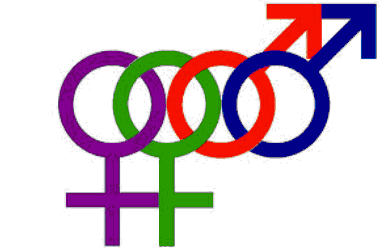 “There was relief, but there was also a great deal of sadness. I gave up a lot professionally to be myself,” Newton said.
She left Memphis for a simple job as a videographer at the university, but with luck in 2006 she was transferred to the journalism school and a second lease on her career as a documentary and filmmaker.
Her 2013 documentary “Voodoo Child: Memoirs of a Freak” tells the story of her early life as a television news anchorman, and the journey to being a happy transsexual hippie woman and documentary maker in Mississippi.
Newton has lived in Memphis and Oxford in the past 20 years, and produces videos and documentaries for the university’s Meek School of Journalism and New Media.
“Now I have both my professional and private life in balance, for the first time in my life,” Newton said.
The transgender conversation is evolving to better voice the reality that gender dysphoria doesn’t cuckold someone into the role of the mysterious, underground other. Living as a transgender woman is normal life too. Newton had to make a choice, and that’s part of the universal story of deciding what’s most important in life and what path is best. For many people, the path can’t be foreseen.
“If they’d said you’re going to live in Mississippi and be the happiest you’ve ever been in your life, I would have told them they’re crazy,” Newton said. “But it’s true. You just never know.”
Both Newton and Stratton want more diversity resolutions in small Mississippi cities and towns, as a positive step in finding acceptance among more straight Mississippi residents.
Gay and transgender rights, after all, aren’t about groups of people. They’re about individuals, people who want the same basic rights and happiness as other people in their hometowns.
The gay community in Oxford isn’t out and the small town doesn’t have anything as open as a gay pride parade, but living here for Stratton isn’t hard or painful or lacking in joy.
As conservative as it is, Mississippi has never given Stratton and her wife any trouble.
“I do think the campus on the whole is very supportive. The administration is very supportive,” Stratton said. “There aren’t a lot of people who are really out. There’s not a real big visible presence. People find how to live their lives in a way that doesn’t rock the boat too much. Of course there’s fear.”
Stratton and gay or transgendered friends her age are more comfortable about being out, but college and high school students aren’t so open. She is a convener of the local chapter of PFLAG, Parents, Families & Friends of Lesbians and Gays. She calls meetings, and helps to lead groups that sometimes balloon up to 20 members, but more often see six to eight attendees. The older crowd finds themselves at PFLAG, while the college-age group Pride Network draws in younger adults.
“I have met the most progressive people I know here and I have met people who are not so progressive,” she said. “This is our home. This is where we want to be.”
Many newcomers say that Oxford just feels like home after they move to the bucolic little town. For some, it’s too small, but for others it becomes a welcoming community.
In Stratton’s case, she’s working on a master’s degree in divinity, and will eventually work full time through her local Unitarian Universalist Congregation in Oxford.
Newton’s friends and family members were supportive, so she avoided the harsh treatment that some transgender women and men experienced in past decades.
“My family was certainly accepting, but my family is certainly very diverse,” Newton said. Transgender and gay university students many times approach Newton for counsel, and she always listens and directs them to the correct professional counselor.
The atmosphere at the journalism school is that everyone is to be respected, no matter what, Newton said, adding that no one has ever disrespected her on campus.
College students who approach her aren’t in distress, that’s a bigger problem for middle-aged adults with families and other issues in their lives. Students, instead, are curious about her experience.
“This generation is absolutely amazing in their ability to be accepting of almost anyone. Maybe they’ve just grown up around it,” she said. “People who are different, they just find interesting or it’s no big deal to them.”
Eliminating the fear of coming out or being open with co-workers and strangers is a next needed step for gay and transgendered Mississippians, both women said.
“I’ve known that fear and I know how destructive it is,” Newton said. “So many people are in the closet and I wish there was some way to have an open dialogue and have people come out and be comfortable being who they are.”
Stratton wants more support groups that cater to high school students and their parents, so younger people can feel comfortable being open and living like other kids their age.
“Gay kids need to be able to date, to have relationships, to have the support of a community when they want to make a lifetime commitment,” Stratton said. “Everybody deserves those things.”
– Gretchen Stone is HottyToddy.com associate editor. You can contact Gretchen about this story at Gretchen.Stone@HottyToddy.com