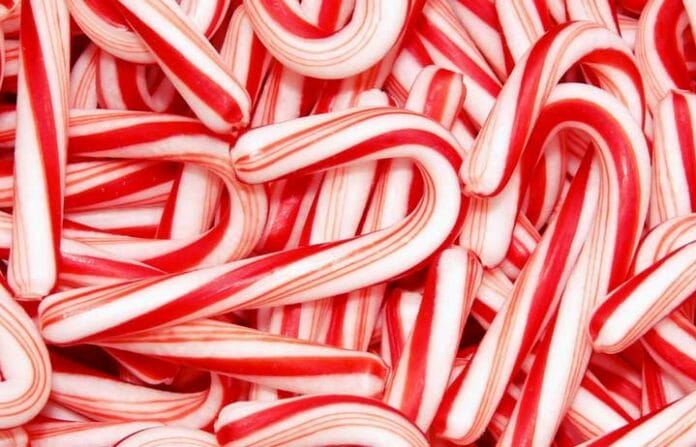 There is as much confusion and debate regarding candy canes and how they entered the Christmas scene as anyone can imagine. Honestly, I never had given it a great deal of thought until looking deeper into the candy caper. I had always assumed that the candy cane was just another “Halloween type” treat to amuse kids. The symbolism, however, goes much deeper.

These often seen symbols were once upon a time decorations for trees and among food items including cookies and other candies. One theory is that the origin dates back to 1670 when a choirmaster at Cologne Cathedral bent the cane to resemble a shepherd’s crook and distributed to children. It was apparently not until the early 1900’s that the red stripe appeared. Christmas cards prior to 1900 reflected plain white canes.
The symbolism to Christ is great and this apparently has been the reason for the cane’s endurance. To start with, the color “white” suggests the purity of Christ. The actual formation of the cane indicates the letter “J” which stands for Jesus. The reverse or the shepherd’s crook also symbolizes Christ as the good shepherd of our flock here on earth. Other beliefs include the rock candy as representing the “rock” foundation of the church. And there are those who say that the red stripe was introduced to highlight the blood Jesus suffered at the hands of the Romans. 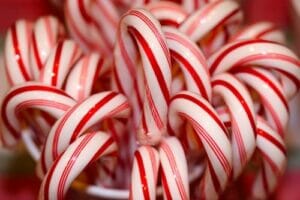 And last but not least, there is the taste which is similar to the mint family of Hyssop which in the Old Testament was used for purification and sacrifice. As one can see the references to Jesus are many and more than meets the eye.
The next time you see a candy cane on a tree, in a store window or received as a gift, remember that it’s not just a part of the holiday season, but the reason for the season as much as the Christmas tree itself. It’s so easy this time of year to get caught up in gift giving and stress from relationships and other matters, but let’s all not forget that Dec. 25 is a birthday celebration of the highest magnitude, that of our Lord and Savior, and anything we all can do to enhance this celebration is called for!
Even if it is a simple, insignificant candy cane on a tree, there is special meaning associated dating back hundreds of years. And if we do our part, it will still be highly visible hundreds of years from now.