Many people use University Trails, formerly known as Whirlpool Trails, for walking, biking and exercising their pets. But recently University Trails off Chucky Mullins Drive between Highway 6 and Old Taylor Road has been reportedly having a few unexplained incidents, raising concern for public safety and has Ben Requet, assistant city planner, advising caution to those who use the trails. 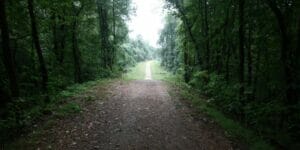 “We started receiving complaints fairly recently about small objects being strewn about the trail and in nearby parking areas,” Requet said. “It started out with roofing tacks, small, maybe a ½ inch in size, and they were along the actual trail and in some of the parking areas. We have had complaints from residents who said they had gotten some of the tacks in their tires. And some individuals who were on the trail running noticed them and called in the information.”

Requet said the instance of these potentially damaging items has caused an increased awareness for people who use the trail for walking or bike-riding. 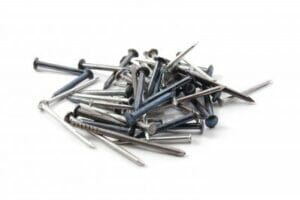 “Several members of the community who utilize these trails fairly regularly have been keeping a close eye and just paying attention,” he said. “On several occasions we’ve received calls about increased sightings of things that have been dispersed on the road, recently including calls about people finding screws, 187 of them to be exact, and several nails. And these were pretty big screws that were found in different locations.”

Requet said this was a public safety concern and while they advise caution to anyone using University Trail; they certainly do not want to discourage people from taking advantage of it.

“We have a lot of people who bike and run and take their pets out on that trail,” Requet said. “The last thing we want to do is discourage people from using it, but we do want them to be aware of their surroundings and be careful.”

Requet said they have no idea the cause of the problem, but raising awareness for public safety is his priority.

“Be aware and be alert,” he said. “We don’t want people to not utilize the trail, but we just ask that they exercise awareness and caution when they’re out there.”