Super Foods of the Bible – God Cares About What We Eat

Does the Bible hold the key to maximum health? The question is one that could help us understand how to relieve some of our physical ailments and promote emotional well-being.

A few years ago, a book by David L. Meinz came out titled “Eating by the Book: What the Bible Says about Food, Fat, Fitness and Faith.” Nutritionist Meinz researched the Bible and uncovered many principles and foods that are spiritually and scientifically-sound to maximize our health and happiness.

Ken Hanks is pastor of Bethel Baptist Church in Oxford and agrees with the perspective that between the pages of the Holy Book, one can find answers to the problems of daily life, such as diet and the promotion of healthy living.

“Along with a New Year, the idea for many is to make resolutions to get fit and live a healthier lifestyle,” Hanks said. “And incorporating the super foods of the Bible into our daily diets can be a great way to achieve that goal.”

Hanks said that when we talk about super foods in the Bible most people look at Deuteronomy, Chapter 8, Verses 7 and 8.

“For the Lord thy God bringeth thee into a good land, a land of brooks of water, of fountains and depths that spring out of valleys and hills;

A land of wheat, and barley, and vines, and fig trees, and pomegranates; a land of oil olive, and honey”, Hanks quoted. “In these verses we’re talking about all the things that God has provided in the good land for the people. From the very beginning what God has provided has always been better than anything man has ever been able to provide for himself.” 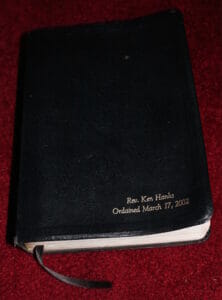 Hanks believes that if we’ll leave food alone and in its natural state, the way God gave it to us, we’ll be a lot better off. Additives and many other forms of modification could be the reason many of us are experiencing ill health and an increase of diabetes, heart disease and other possibly food-related illnesses.

“There are many medical reasons people get these diseases, of course,” Hanks said, “but eating the foods God mentioned in the Bible certainly couldn’t hurt any of us. The foods talked about in Deuteronomy are sometimes called super foods and they really are if you break each one down and look at them. It’s pretty impressive.”

Water is mentioned first in verse 7 and Hanks said that water is an element that is, of course, vital to all our wellbeing.

“People in those days didn’t have a whole lot of choices about what to drink,” he said. “They couldn’t go down to the corner grocery and pick up a Dr. Pepper. They were limited. They had water, milk and juices made from the fruits that grew. But we know that water is essential to life, where there is water, life flourishes. It’s essential for growing crops, livestock and to human beings. And it’s been proven that we as a whole, the human race, do not drink enough water. There are just too many other alternatives out there that people can choose from today.”

Wheat is the next staple that’s talked about and Hanks said the grain in its most unrefined form is what he found most beneficial during his own studies of the super foods.

“Wheat is found in a lot of foods that we eat,” he said. “In pastas and breads; we eat wheat in one form or another almost every day. During my research, I discovered that wheat is the healthiest when it is least refined. I read an article that reported whole wheat products contain 30% of a person’s recommended fiber intake. It also stated that a diet rich in whole grains has the potential to increase energy levels, lower the risk of gall stones and lower the risk for Type II diabetes. So wheat is a fantastic super food.”

Hanks said the barley talked about next is another whole grain that has most of the same benefits that wheat does, but it’s also thought to lower a person’s risk of colon cancer and contains a small trace of copper that potentially could help relieve arthritis. 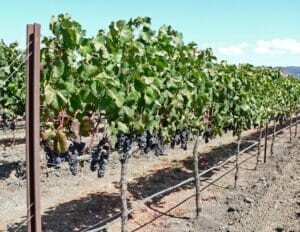 “Vines are mentioned next and when I hear the word vines, I think of grapes,” Hanks said. “There are many different types of grapes. And back then they consumed grapes in many ways, eating them, drinking unfermented grape juice or fermented wine. And grapes have a nutritional compound called flavonoids that are reported to reduce blood clots and protect the body from damage caused by LDL’s or what we call bad cholesterol. They’re also full of antioxidants and protect against heart disease.”

Figs, pomegranates, olive oil and honey also have many beneficial properties, such as the figs being high in potassium, pomegranates rich in antioxidants, olive oil, especially the Extra Virgin (pressed only one time), is filled with antioxidants that can help lower cholesterol, and next to grapes was probably one of the most vital fruits during Biblical times and honey is thought to be a deterrent for bacteria and viruses.

“These super foods of the Bible are certainly something to think about,” Hanks said. “And the next time you’re making out your grocery list, maybe you’ll consider adding one or more of these foods to it. They’re a step in the right direction for all of us.”