Ed Croom Brings “The Land Of Rowan Oak” to Life

Few places across the state of Mississippi are as historic as Rowan Oak, William Faulkner’s Oxford home. Ed Croom, a retired botanist, set out to capture it’s beauty in his book “The Land of Rowan Oak.”

The book contains over 130 photos, taken over a 13-year span, along with stories of how the grounds served as a place of solitude for Croom. Released back in August, the book has surpassed his own expectations for how the book would impact the lives of so many.

“What greater joy is there than having people tell me that they have the book on their bedside table and that they use it as a way to end their day on a peaceful note, or they see something about themselves in the book,” Croom said. “I would’ve never thought in a million years that it would make this type of impact on people.”

Serving as a way to honor the diverse plant life and historical significance of the land, Croom wanted to capture the true essence of Rowan Oak through his photographs.

“It took me 13 years to feel like I had enough to show the readers the feeling or spirits of the place that changes throughout the seasons,” Croom said. “The purpose of this book is to show a place that’s beautiful and private. At certain times of the day, you can go there, and you’ll be the only one there. When you do that, it can become a sanctuary for you, just as it was for Faulkner.”

Rowan Oak spans 30 acres, and Croom set out to show every inch of the land rather than just what you may see on a tour of the historic home. While the items inside the home hold value in their own sense, Croom would argue that the land itself holds the key to understanding the true value of Rowan Oak.

“A lot of people who came to Rowan Oak… their memories are from the land. So many people want to see the typewriter or the writing on the wall, but it’s the beauty of the land that people often miss out on,” Croom said. “I wanted to show people the beauty that they are missing out on right here in nature. Not everyone sees the jewel that I see, and I wanted to showcase that jewel in the best way I could.”

William Faulkner is one of Oxford’s most celebrated residents, and Rowan Oak stands as a tribute to him. Croom’s book has done a lot of things for a lot of different people, but there’s one byproduct that he has yet to hear regarding his photographs.

“I cant think of anyone who has come up to me and said ‘I want to read Faulkner now.’ People are still afraid to attempt to understand his style,” Croom said. “I didn’t set out to show him; I set out to show the place he lived. While I was there, I found that the lands, plants and structure of Rowan Oak influenced his writing. Even if something isn’t directly referenced in a novel, you can find what influenced a number of passages in his writing.”

While Rowan Oak obviously holds historical significance, the picturesque backdrop gives Croom a place where he feels at peace. Rowan Oak’s grounds are undisturbed in the hustle and bustle of the Square, the expanding Jackson Avenue and the other busy sections of Oxford. The calming nature of Rowan Oak made for the perfect environment for Croom.

“Where else can you go in the middle of town and feel nature and feel an early sense of cultivated places. With all types of plants and landscapes, it truly is just a pleasant place to be. I worry just as much as anyone else during other projects, but when I’m the only one there at day break, I’m at peace,” Croom said. “Nature makes you stop and focus on what I’m shooting. I breathe in, calm myself, breathe out and smile. I’m getting rid of my thoughts, and then I can truly see what’s in front of me.”

Oxford has its fair share of hidden jewels, and Croom’s book highlights areas of Rowan Oak that some people may never have seen if not for this book. He hopes that even if you don’t live in Oxford, that it will lead to finding nature’s value in other communities.

“The beauty of this book is that there’s probably a special place in your life or your town that you’ve never thought of, but if you can take a second look and photograph it, it’ll help you learn and take care of it a better,” Croom said. “People can look at Rowan Oak, and then think to themselves, ‘I’ve got this beautiful park or historic home in my community.’ And if you show it to more people, the hope is that they’ll come to appreciate it just as much as you do.”

Thirteen years ago, Croom wasn’t thinking as an author or a photographer when he decided to give readers a view into what he sees on the historic acreage. Refusing to look at others photographs while putting his book together, Croom wanted the pictures to be organic to him, without any outside influences. Croom worked as a botanist, a researcher, and a lecturer at the University of Mississippi for 18 years. The landscape and the “spirit” of Rowan Oak allowed him to combine two of his passions as he worked to create this book, a passion that he hopes readers can feel as they examine the photos.

“When I’m at a signing or a giving a lecture, people will often ask ‘why did you do this?’ And after hearing me speak and looking at the book, they’ll know that it was real, and that I did it because I love it.”

The book captures Rowan Oak’s natural beauty in times of rain, shine and snow, giving each photo its own emotion. The variety in the book makes it difficult for Croom to choose his favorite, but he offers a solution for not being able to pick just one.

“It depends on the day, and that’s the only true answer,” Croom said with a smile.

To purchase “The Land of Rowan Oak”, click here

See below for photos from “The Land of Rowan Oak” 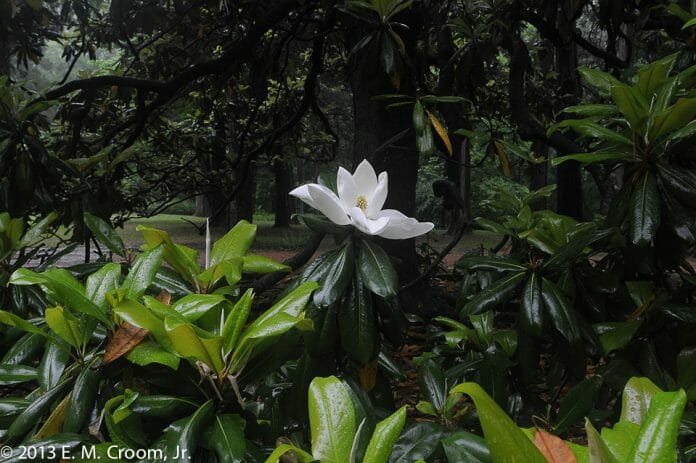 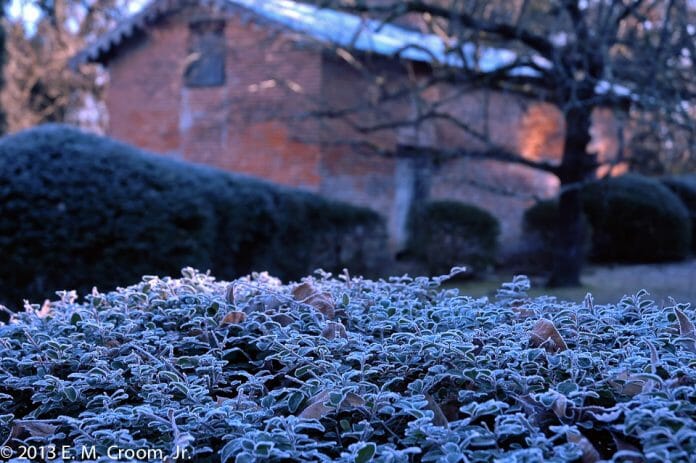 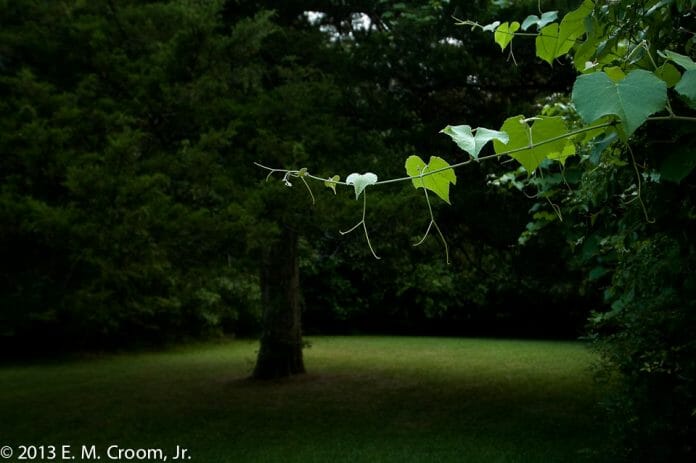 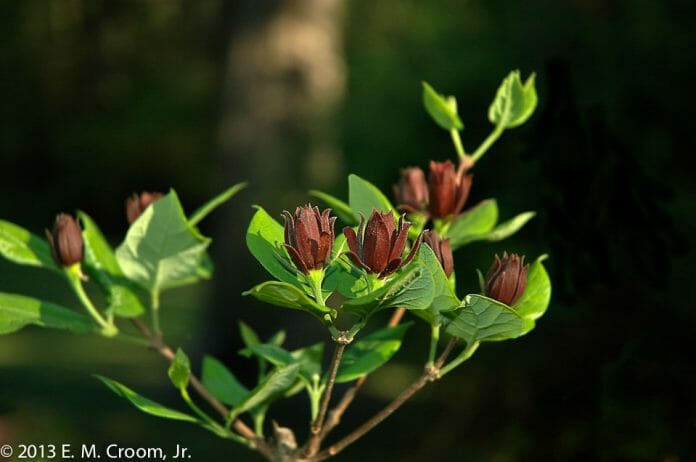 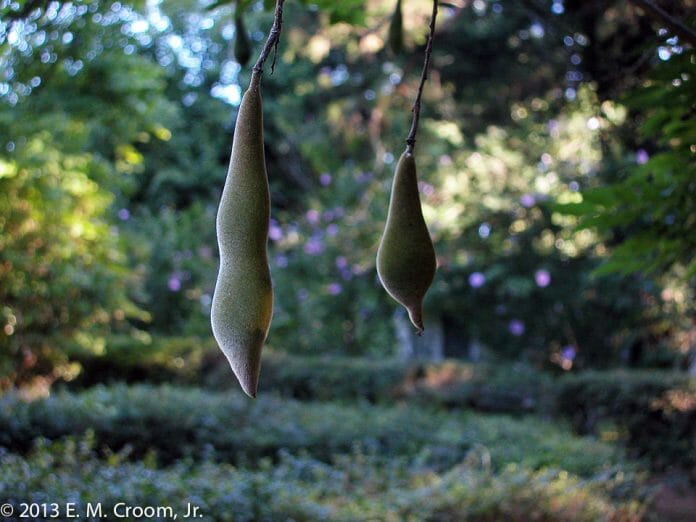 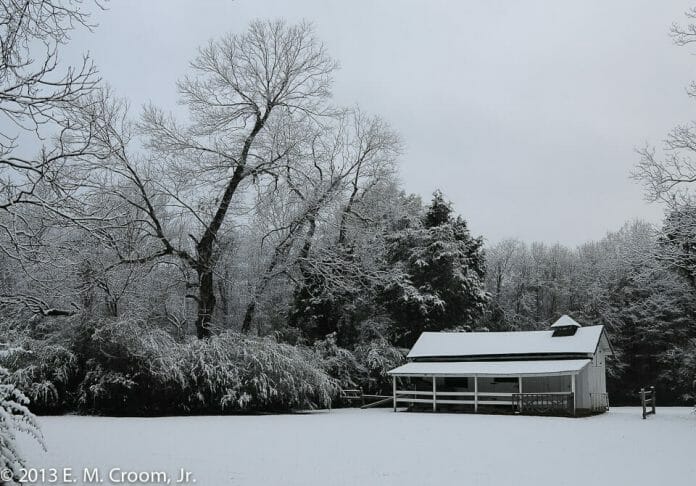 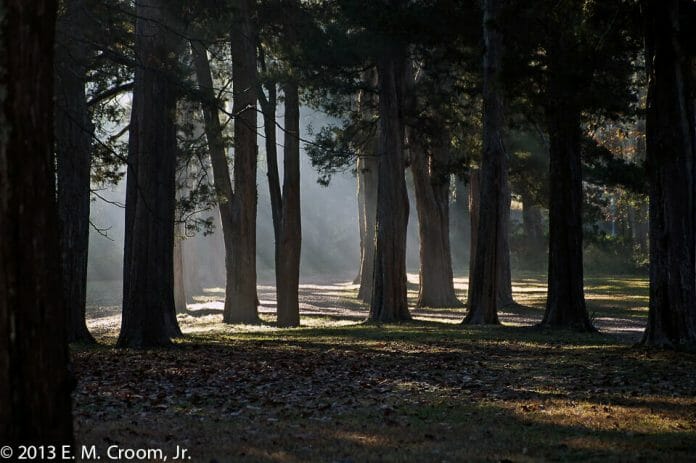