March 3, 2017
0
185
Oxford Maker’s Market, an event that showcases vendors selling handmade and homemade items, will return this Saturday, March 4, from 10 a.m. to 4 p.m. at the Powerhouse. In addition to sought-after local art and goods, the market will also feature a Children’s Market Area.
Market directors Amanda and Jason ‘J-Man’ Heavner created the event over eight years ago. During that time, the Heavners noticed that many of the vendors would bring their children to the market, and the children were just as creative as the parents. The couple decided to give these young artists a space of their own by creating the Children’s Market Area for budding entrepreneurs under the age of 18. 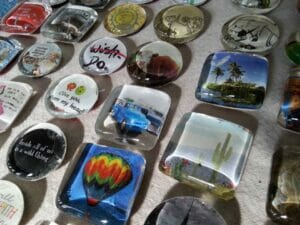 “These kids are surrounded by creativity, and it goes without explanation that they are extremely creative themselves,” Amanda said. “We decided to give them their own area to do their thing. They are totally in charge of it and work together to make it special. It has been awesome to watch the excitement grow and see these kids create businesses and get business cards and banners printed. We do all this free of charge, but they do have to be accompanied by an adult.”
The Maker’s Market is also preparing for big and exciting changes starting next month. A new website is in the works that will offer vendors the opportunity to reserve a certain space ahead of time. The market will also host the Oxford Artist’s Guild on April 1.
“Although a lot of the Guild members are regular vendors, this will be the first time to feature the entire Guild,” Amanda said. “Also in April, we will be returning to the market’s original schedule of first and third Saturdays of every month. We have so many new vendors every month but are limited to the amount we can have due to the size of the lawn. So, we have to regularly turn vendors away. This change will provide more selling opportunities and hopefully be a boost to the creative economy in Mississippi.”
Since its creation in 2009, the Maker’s Market has been a starting point for countless artists and local vendors who may not have grown their business without this opportunity. For only $20, interested vendors can reserve a space at the market, which is held on the Courthouse lawn or the Old Armory Pavilion during warmer months, and at the Powerhouse during cooler months. 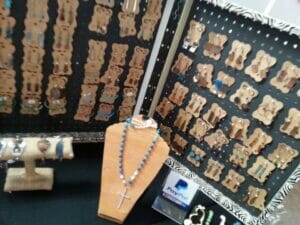 “We provide an outlet for makers that wouldn’t necessarily have an outlet in Oxford,” Amanda said. “Because there are a limited amount of galleries in Oxford, a painter may not fit into the artistic styles that those galleries cater to. We pride ourselves as being a springboard for new artists to connect with customers and create a grassroots following.”
The Heavners are also passionate about supporting the local economy and want to use the market to help other businesses and workers around Oxford. 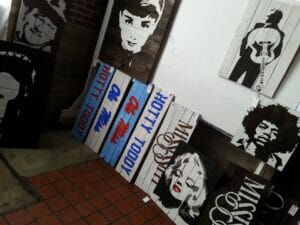 “We bring folks to the Square who might buy some artwork from a couple different vendors, and then they might go eat at Proud Larry’s or take their kids to Holli’s Sweet Tooth and add to their economy,” Amanda said. “Every dollar spent in Oxford at the market, and at local businesses in general, equals a local citizen getting a paycheck. It equals tax revenue going into our awesome little town to provide for things like our children’s educations by funding schools or for road repairs, or countless other things. Mississippi has the honor of being the most creative state in the nation, and I am honored to know the Oxford Maker’s Market plays a role in that.”
To learn more about the Maker’s Market or to reserve a space for yourself or your children, visit the Oxford Maker’s Market on Facebook or at their website.