Oxford locals have another reason to celebrate, the original Farmer’s Market store is returning under a new name and with new leadership. John Martin and Kate Bishop have taken over the location and will be opening the reopening the store on Wednesday, June 21, under the name Chicory Market. 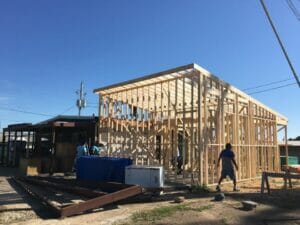 In early October 2016, owner Liz Stagg announced on the Farmer’s Market Facebook page that after 12 successful years, the store would be closing. The news was met with shock and sadness by many locals and the community as a whole. Now, over eight months later, the store is reopening as the Chicory Market and will be offering even more than it did before.
Bishop, an Oxford native, was living in New York with Martin and their children when her family called and told them about the store’s closing. Bishop and Martin were both involved in markets and fresh produce in their community in New York and were interested in returning to Mississippi and taking over the store. After eight months, a move across the country, and much advice from the previous owner, the Chicory Market is ready to make its debut.
The grand opening for Chicory Market will be in August once all of the new additions are in place, but from the end of June until the grand opening, customers can enjoy the soft opening. During the soft opening, customers can come in to buy produce and watch the store as it evolves.
“During the soft opening, we’re inviting the public in,” said Martin. “We will have produce for sale, and we want to community to meet us and to follow our progress as we stock the shelves.”

Over then next month, Bishop and Martin plan to add ready-made food, add produce and dairy from even more local farmers, and open the food counter.
“We will have a counter where we sell juice, coffee, and maybe even sandwiches,” said Bishop. “Every time someone comes in between now and August, there will be something new.”
In addition to food products, the new market will also have a commissary kitchen. A commissary kitchen is a space that is licensed for commercial use and local restaurants, and food trucks can use this space to prepare food.
“We have a kitchen that we are thinking of as a shared space,” said Martin. “Other restaurants and start-ups will be able to use it to prepare food as they need to and we can even sell their items in the store.
From the end of June until the grand opening in August, the Chicory Market will be open seven days a week from 10 a.m. to 6 p.m.
For more information and updates, follow Chicory Market on Facebook and Instagram.