Review: John Le Carré on Top of His Game in "A Legacy of Spies"

In this espionage novel, working again with two characters whom he knows well and whom he has vividly imagined – Alec Leamas and George Smiley – John Le Carré has written his best book in years.

Like many of Le Carré’s novels, “A Legacy of Spies” opens with a retired secret agent being called out of retirement to handle a crisis. This time, it is Peter Guillam. Many readers will recognize Guillam as Smiley’s legman from “Tinker, Tailor, Soldier, Spy”; some will remember him as a minor character in Le Carré’s first bestseller, “The Spy Who Came In From the Cold.” In “A Legacy of Spies,” Le Carre looks again at those earlier masterpieces.

From his farmhouse in Brittany, Guillam is summoned to London. New trouble has arisen from the doomed Cold War mission that figured in “The Spy.” Charges have been brought by unexpected claimants, Alec Leamas’ son and Liz Gold’s daughter. The Secret Intelligence Service knows little, or claims to know little, about the operation in which its Berlin station chief and his lover died, shot dead as they tried to escape East Germany. Guillam must revisit that mission in every sense – interrogating old colleagues, opening doors in run-down safe houses, questioning stories he has long believed.

In “A Legacy of Spies,” Le Carré is back on top of his game, masterfully sketching characters and handling action. Neither Christoph Leamas nor Karen Gold appeared in “The Spy,” but Le Carré effortlessly imagines places for them in the background of that novel. With equal skill, Le Carré adds new layers to the plot of “The Spy.” He underlines Alec Leamas’s ability as a field agent (smuggling a hunted woman out of East Germany – a tense, amazing episode) and his weaknesses as a spymaster (like the drunken evening when he slugged his CIA counterpart in a Berlin nightclub). 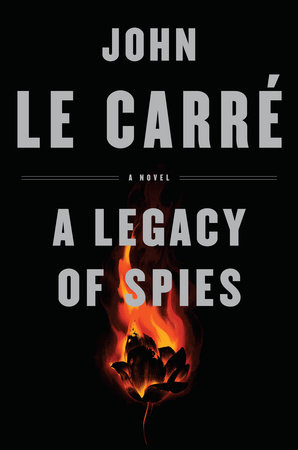 Le Carré retains his doubts about his native country. Subtly, he suggests that certain high-handed practices of the English gentry survive among the British secret services: is it really a coincidence that a sharp-toothed man-trap, the sort of thing that English squires once used to discourage poachers, might be set outside a country house used by the Circus?

Likewise, Smiley’s lifelong love of German literature (which he shares with his creator) has broadened in the wake of Brexit. In a library on the Continent, Smiley muses that he spent his long career fighting for England: “But whose England? Which England? England all alone, a citizen of nowhere? I’m a European, Peter. If I had a mission – if I was ever aware of one beyond our business with the enemy, it was to Europe.”

Smiley has been coming in and out of retirement since not long after the Second World War, evading old age and surviving hard blows from fate. “George doesn’t alter. He just gets his composure back,” Guillam remarks.

At the age of 86, Le Carré is of an age with Guillam, almost as old as Smiley. He has played with time to make his characters ageless, while he himself has grown old – and with this memorable book, he has taken one more step toward making his characters eternal.

Allen Boyer, a native of Oxford, is Book Editor for HottyToddy.com. His new book, “Rocky Boyer’s War,” a WWII history based on his father’s wartime diary, was recently published by the Naval Institute Press.