Southern as a Second Language: Laugh, Cry and Read 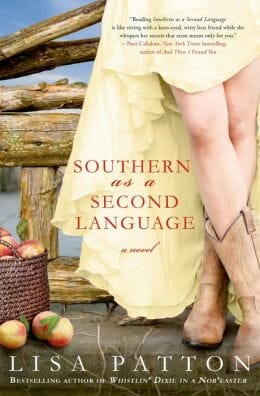 Not only do Southerners talk slowly, but sometimes the whole language is hard to understand. No one realizes that more than Memphis belle Leelee Satterfield. Since she debuted in Whistlin’ Dixie in a Nor’easter, Leelee has entertained tens of thousands of readers. Watching her tackle life and love in Vermont was only the tip of the iceberg when it came to antics, charades, mischief, and romance. Now that she’s back in Memphis, and starting a new relationship with Peter, the Yankee chef from her New England inn, you’d think she’d sit back and enjoy her newly crafted life back home in Dixie. But that just wouldn’t be as much fun.

Opening up a new restaurant with Peter isn’t as easy as she had anticipated, especially when it comes to the differences between the North and the South. When Leelee’s ex-husband, Baker, returns unexpectedly, everything else goes haywire. Throw her three crazy best friends into the mix; Riley, her meddlesome next-door neighbor who sells Pampered Chef for a living; and Kissie, Leelee’s beloved second mother who claims Riley sits on her “last raw nerve,” and you have the perfect recipe for a sassy, Southern delicacy.

After graduating from the University of Alabama with a degree in Communications, New York Times Bestselling Author Lisa Patton spent more than twenty years in the music industry.  A three-year stint as an innkeeper in Vermont added diversity to her deeply rooted southern heritage and it was there that Patton got the inspiration for her bestselling novel, Whistlin’ Dixie in a Nor’easter.

Leelee, the star of Patton’s bestselling trilogy, is an Ole Miss girl with deep Mississippi roots. The beauty of Whistlin’ Dixie in a Nor’easter, Yankee Doodle Dixie, and Southern as a Second Language is that they are stand-alone novels, but are so endearing that you will laugh, cry and want to read all three in one sitting.

Lisa Patton will be Square Books Friday October 25th at 5 PM. Southern as a Second Language is the last book in her divine three-course literary meal, but it definitely won’t be her last novel. Thank goodness, y’all.