Singer/songwriter has been covered by Allison Krauss and others.

Following her 8 p.m. set Wednesday, November 6 at Music in the Hall’s Five Year Anniversary at the Lyric Theatre, Julie Lee of Nashville will scoot over to Snackbar for a free set starting around 9:45. 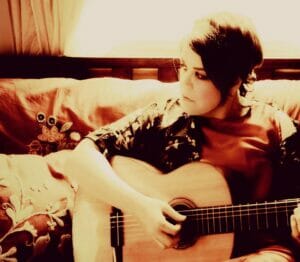 Lee presents a sonic collage of various traditional American styles. In her songwriting, as well as her work as a visual artist, Lee takes bits and pieces from each of her myriad influences to make something of her own that is both old and new.

Though a Maryland native, Lee has lived in Nashville for 15 years while traveling and performing extensively across the United States and Europe. She has had her songs recorded by country, bluegrass, and contemporary folk artists, most notably and recently by Alison Krauss, who included Julie’s songs “Jacob’s Dream” and “Away Down The River” on her most recent platinum-selling collection A Hundred Miles Or More.

Snackbar is at 721 North Lamar Boulevard.