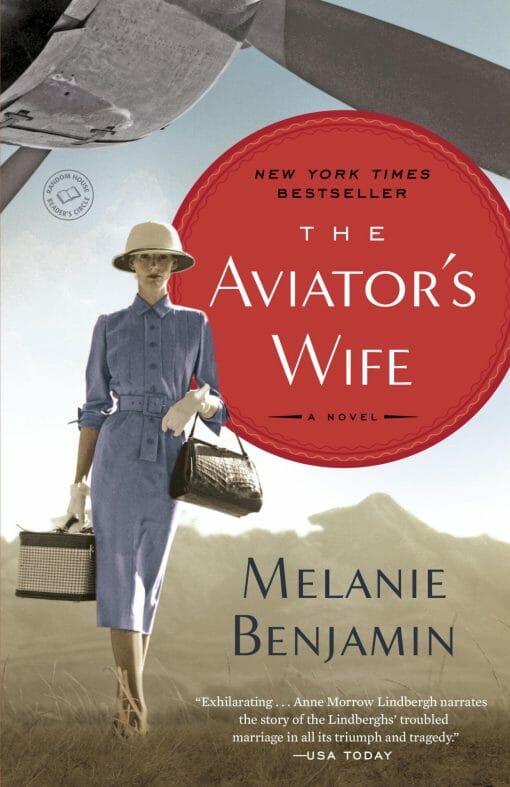 Most everyone has read a version of “The Spirit of St. Louis” by Charles Lindbergh.
I read the autobiography while at school in Murfreesboro, Tenn.  Plenty of ladies have read “The Gift from the Sea” by Anne Morrow Lindbergh and quoted passages in garden and civic clubs across Mississippi. “Lindbergh,” the Pulitzer Prize winner by A. Scott Berg is an extraordinary read.
My point? Lindbergh makes good reading and “The Aviator’s Wife” by Melanie Benjamin is destined to be a book club darling. This historical fiction gives readers an insight to what it might be like to be married to one of the most famous characters of the 20thcentury. A brilliant concept since we all want to get into that active brain of his and roll around.


I was once asked who I looked up to as a young female pilot. Must be Amelia Earhart, right? My answer was short and sassy. No! She got lost. My hero was Lindbergh from the start. I cannot imagine how I would react if I saw him in person. Probably like the rubes in Benjamin’s book.
Even after it came to light that Lindberg supported Hitler and his anti-sematic views, I still had a connection with the man.  His achievements outweighed his wrongs like the scandals of our times with baseball, football and basketball. I still saw him in a god-like persona.
Anne Morrow Lindbergh makes me jealous, too. How irrational is that statement? Not only did she become his wife, but she became a pilot in the golden age of flight. Not many women can lay claim to flying twin engine airplanes just because their husband needed a nap while in flight.
In Benjamin’s book, readers will get a real sense of the married couple’s life. Lindbergh’s responsibilities are to fly the plane. Anne must cook, clean and plan their cross Atlantic trips alongside him and at times he is extremely demanding. Even the day after they wed, he gets out the charts and explains to her that she will become a pilot. She is the only person he trust.
It is the 1930s. Who does Anne have to admire other than her husband? Amelia Earhart and Poncho Barnes would have been the most famous, but she could not compare to these record and rule breakers. I doubt they would have given her the time of day. Sometimes her loneliness seeps off the pages and begins to fill your hands.
I treasure this book alongside those mentioned in the first paragraph. To step inside Anne Morrow Lindbergh’s shoes is an incredible experience, even if it is imagined.
Maggie Moran is director of learning resources for Northwest Community College