A new boutique, which opened in December, consistently faces the challenge of setting itself apart from the multitude of other Oxford stores.
Although, through its early embrace of social media, as both a branding tool and commerce platform, Swag Society has found its niche.

“I saw the idea from other stores around but really started the social media accounts because we were new and no one had ever heard of us,” manager Charlotte Winthrow said. “I heard that the social media sites were a great way to spread the word about something, so that’s what we did.”
Swag Society began utilizing Instagram, Facebook and Twitter to reach a broad audience and attract new customers, according to Winthrow.
Just one month after launching Swag Society’s Instagram account, the store had more than 11,000 followers.
Winthrow posts between one to 10 images of new merchandise each day.
In an effort to increase activity on Swag Society’s social media pages, Winthrow offers free shipping to customers who order online or over the phone.
Winthrow said social media seemed like a natural choice to attract Oxford’s collegiate audience. 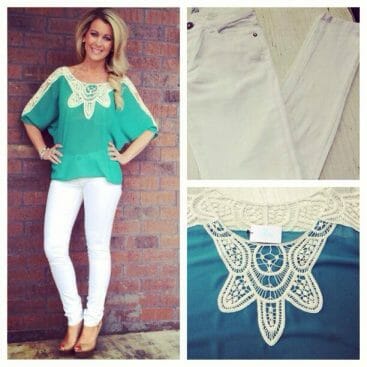 “I really just started following my friends and locals around Oxford, and, once I followed them, I followed their friends, and they followed me back and so on and so forth until word got around about the store,” Winthrow said. “I would say I have at least three to five sales off of Instagram a day. One day last week I had over 30 calls from the posts, and we made 26 sales.”
Scott Fiene, integrated marketing communications professor at the University of Mississippi, said social media marketing is a smart way to advertise for certain businesses.
“Social media is very low cost, low investment, and has a low barrier to learning how to do it,” Fiene said. “The ability to reach around the world, in some respects, has leveled the playing field. Swag Society, a small firm, can do what a big firm like Wal-Mart can with social media.”
Fiene emphasized that social media is changing the way firms present their goods and services to potential customers, while encouraging interaction on the part of consumers.
“It’s not like advertising, for example, where no one could compete with Wal-Mart’s resources and clout,” Fiene said. “Even the little players can have clout with social media.”
Fiene advises those who wish to use social media marketing to be visible and active, recommending that they post more than once a month and are responsive in interacting with their customers and followers alike.
Winthrow, speaking to the success of her implementation of visual media, agrees.
“Instagram in particular has worked like a charm,” Winthrow said. “People are always liking the posts and commenting questions about what I have in stock. I definitely think there is a future with this type of advertisement, and I know I will continue to use it.”
Be sure to follow Swag Society across the web:
Website: https://shopswagsociety.com/
Facebook: https://www.facebook.com/SwagSocietyOxford
Twitter: @ShopSwagSociety
Instagram: @SwagSocietyOxford

– Margaret Wood is a student in the Meek School of Journalism and New Media. She can be contacted by emailing mgwood2@go.olemiss.edu