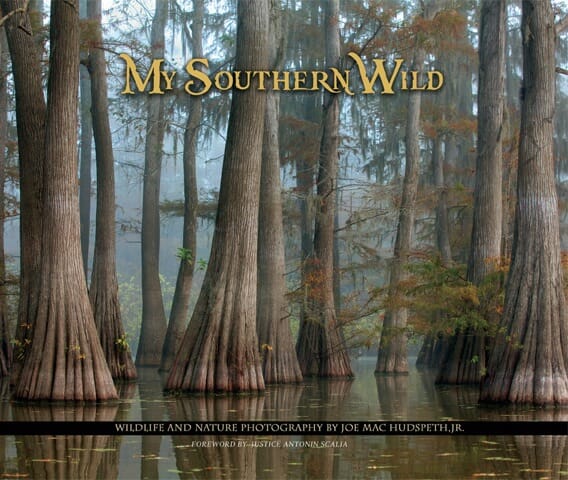 You’re invited to a Preview Party and Book Signing for Oxford native, Joe Mac Hudspeth, Jr.’s, newest coffee table book, My Southern Wild.
The signing will take place Thursday, March 20, at The 5 Twelve. The author will sign books from 11 a.m.-1 p.m. and 4 p.m.-8 p.m.
“Come by and say hello, catch-up, and take a look at My Southern Wild  and The 5 Twelve Bed & Breakfast, which is under the new ownership of Keith “Buck” Zinn,” says Joe Mac Hudspeth, Jr. “I think you will find these wildlife photos very engaging. I’ve shared some here below.”


For more information, call Joe Mac Hudspeth, Jr. at (601) 594-2464  or The 5 Twelve at (662) 234-8043. The address is 512 Van Buren Ave. in Oxford, Miss.
Joe Mac Hudspeth, Jr.’s, first attempt at wildlife photography occurred some thirty years ago when he captured a sunning screech owl on film with a Kodak 110 Pocket Instamatic camera. Since then the self-taught, life-long Mississippian has turned his hobby into a part-time job with his work appearing in numerous state, regional and national publications.
My Southern Wild, is a collection of deer, ducks, turkeys, alligators, gallinules and Mississippi scenery that he has captured during his “career” as a wildlife photographer.
According to Supreme Court Justice Antonin Scalia, who hunts in Mississippi and wrote the foreword to the book: “The present volume contains the best of his work, photographs taken over many years, all in Mississippi. I recommend it to nature lovers-and especially to hunters, for whom it will heighten anticipation of the coming season during the long summer at home.”

Joe Mac lives in Brandon, Miss., with his wife Janet. His current favorite wildlife subject is his four-year-old granddaughter, Lainey.