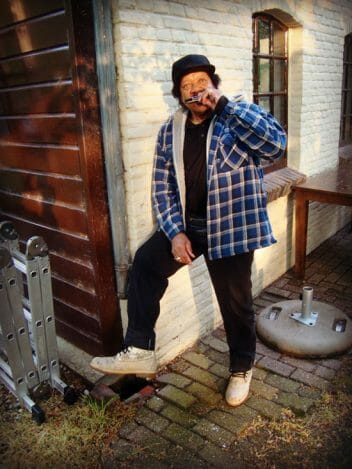 Born amidst the cotton fields in Drew, Mississippi he moved to East Saint Louis where he worked as a laborer and cleaner in the daytime and played his blues in Chubby’s Red Room at night. His steaming performances are as powerful as the juke joint music made famous by the likes of R.L. Burnside, Frank Frost and Jimmy Reed. Boo Boo Davis is a true original and he writes his own songs.
“I remember musicians like Muddy Waters, Sonnyboy Williamson, Elmore James and Howlin’ Wolf visit the house when I was a kid,” Boo Boo Davis tells us when we talk with him before a show in the South of Holland, “My father Skeet Davis was a musician who played all kinds of instruments in a rabbit foot show (minstrel show) that traveled through Mississippi. He could play all the old songs. He danced too. My mama she was a church lady and she sang the gospel. You could say I was raised with the blues.”
How was it to grow up in Drew, Mississippi?
“My mother died when I was five years old. My father raised me and the other kids. We were very poor so from the age of seven I had to work to help support the family. I have done everything from picking cotton, driving a tractor to driving a water truck from when I was 18-years old. Life was hard and my father did not have the money to send me to school so I cannot read or write. My father taught me some great lessons, he taught me the difference between right and wrong. He said: “Son, never take what belongs to somebody else, so don’t steal. Don’t be violent. When you play music a lot of bad people will come to you and you will see many bad things, you will have to deal with jealousy, and a lot of women will come to you too, be true to yourself and always be honest and do your job.”
How is it to not be able to read or write? 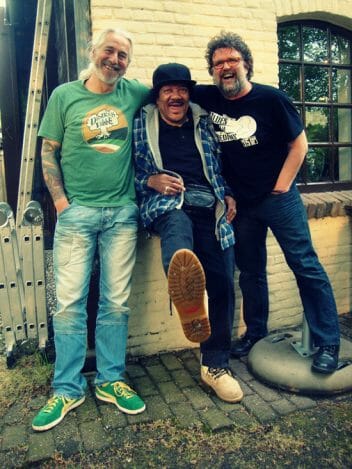 “It doesn’t bother me. I am proud that even though I can’t read or write I am traveling the world playing the blues. I feel that I am guided from above.”
“Boo Boo is a survivor,” Jan Mittendorp, Boo Boo’s producer and guitar player, joins in. “The circumstances in which he was raised made him a survivor. You could put Boo Boo in the desert in China or on a mountain top in Tibet and he would survive, you and I couldn’t.”
“That’s right,” says Boo Boo Davis, “We learned how to keep a vegetable garden. I would go out fishing and hunting, just so we had something to eat at dinnertime. I still go out fishing and hunting, even now in Saint Louis but now it is more of a hobby, no necessity.”
And do you still have a garden?
“No, but my girlfriend does. She provides the greens and vegetables; I am more of a meat man.” Boo Boo get a twinkle in his eyes, “Come to think of it that might be a great idea for a song hahaha, “Come on baby, I am your meat man, baby” oh yeah.” 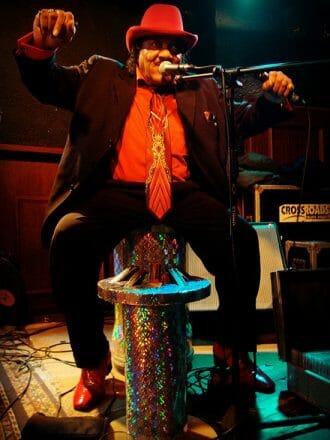 Where do you find the inspiration to write your songs?
“It is a talent that was given to me from God. The inspiration just comes to me. Most of my songs are based on what I see and experience in life. I wrote a song called “The Can Man”, that’s a song about a man who collects cans and sells them for money. Another song is “Ice Storm Blues”; I wrote that song when a real bad ice storm hit Drew and the surrounding area like Clarksdale, Indianola and Rolling Fork. Telephone poles went down and life just stopped, that ice storm was so bad.”
Why did you move to Saint Louis?
“I went there to find work. My brother lived there already. First I worked in a bullet factory, and then I started working as a cleaner, cleaning offices. My brothers and I formed a band and we were the house band for Chubby’s Red Room for 20 years. I was singing and playing the drums. It was only later that I learned how to play the harmonica.”
What is the blues, according to you? 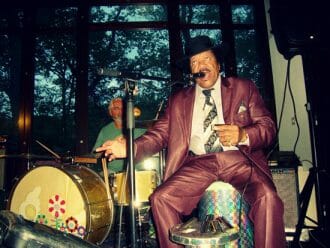 “The blues is everything that comes from the heart. It is like gospel. All music that is played from the heart like rockabilly, rock & roll, blues, soul comes from gospel, from the church. If you don’t feel it from your heart you can’t sing the blues. My talent was send to me from above, from God. It just comes to me. It can happen that while I am singing the blues the Spirit comes to me and I start preaching. Gospel and blues is the same to me, it is the same feeling. I carry that feeling with me always, when I wake up, when I leave the house, when I travel abroad, always.”
Is it about women and lack of money?
“No, that’s not it, it is a feeling. But there wouldn’t be no blues if there wouldn’t be no women and no money.”
How do you feel about getting older?
“I feel great! I am traveling the world playing my blues. The older you get the more experiences you have had and the more you have learned.”
What have you learned in life?
“Most is a lot of headache, hahaha. There is always a headache, wherever you go, if you go out the door something will happen that gives you a headache, hahaha.”
Do you have dreams for the future?
“I hope that I can keep on performing and playing the blues until the end. If the end comes I would love it to be in the harness, singing the blues.”
The show that night was perfect. Like R.L. Burnside in his best days Boo Boo Davis hypnotized the audience. Trance like songs, soaring harmonica licks, a soulful voice that is preaching the blues, Boo Boo Davis has it all! 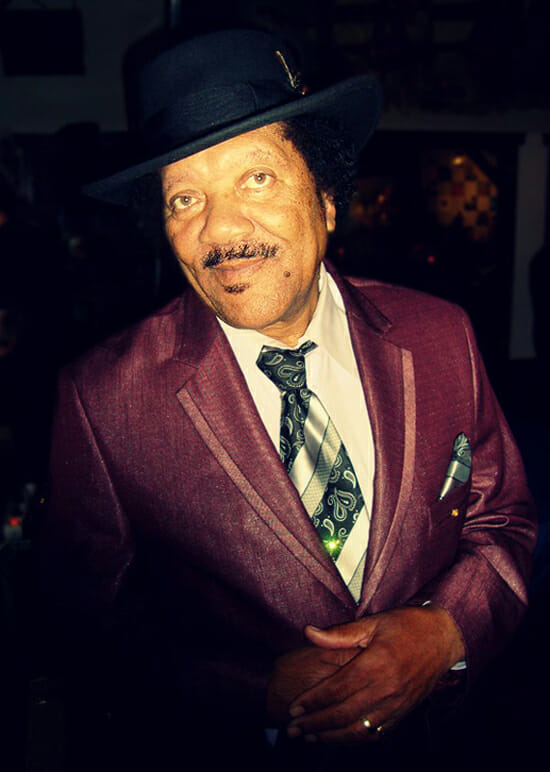 – Story and Photography by Bart Drolenga. Bart and his wife Saskia are from Amsterdam, but are traveling the world looking for inspiration. The couple regular regularly blogs “on and for inspiring 50up people,” people who believe age is just a number. To view more of the Drolenga’s travels, visit https://thehighwayismyhome.com.