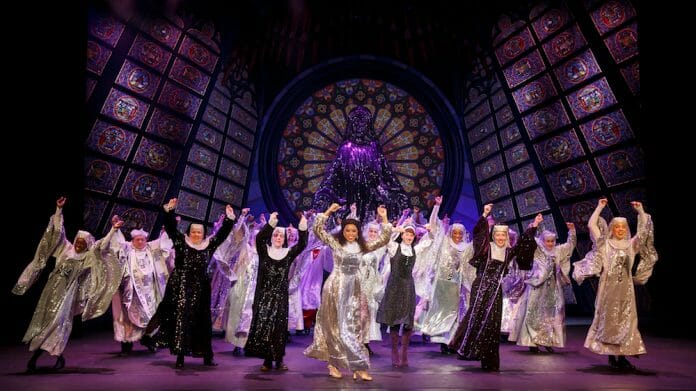 The Tony-nominated Broadway musical “Sister Act” is coming from Manhattan to the University of Mississippi for a Monday night performance at the Gertrude C. Ford Center for the Performing Arts.
The performance is set for 7:30 p.m. Monday. Tickets range from $55 to $66.50, depending on seating, and are available at the UM Box Office inside the Ole Miss Student Union or online.
The musical follows the plot of the 1992 film of the same name. Deloris Van Cartier witnesses a murder and is put into protective custody, disguised as a nun in a convent, where she must deal with the rigid lifestyle. With her powerful voice, she inspires the choir and brings the church to life.
“‘Sister Act’ is just a lot of fun,” said Norm Easterbrook, Ford Center director. “It has great music and a good story but overall, it’s just a good time.”
The show, produced by Whoopi Goldberg, TROIKA Entertainment and Sister Act on Tour LLC, received five Tony Nominations in 2011, including nods for Best Musical and Best Original Score by Alan Menken. Menken has been nominated multiple times for Academy, Grammy and Golden Globe awards and is known for his works in Disney films and musicals such as “Beauty and the Beast” and “The Little Mermaid.”
“To hear people laugh and cheer the way they do at ‘Sister Act’ – a show people think they know but are pleasantly surprised to discover is not what they are expecting – is a magical experience for a producer,” Goldberg said. “Happily, audiences across the country are able to get in on the fun as Deloris and her fabulous sisters spread the love nationwide.”