“Country Living had never dipped its toes fully into the country music waters, but if that audience is going to read a shelter decorating magazine, I think Country Living is the magazine for them. So, we talked about how to be very deliberate about penetrating that world without alienating our core readership, because I’m realistic; I know not all of our readers are country music fans and they don’t come to our magazine for celebrities and/or music.” Rachel Barrett

Country Living magazine is taking its June issue on a long drive into the country with a guest editor and the first-ever person to appear on its cover in the magazine’s 36-year history. Grammy-Award winning singer, Miranda Lambert is the distinguished celebrity that received the honor. And it is a momentous event indeed.

Rachel Barrett is the magazine’s editor-in-chief and said the upcoming issue of Country Living showcases many firsts for the magazine as it rubs shoulders with the country music industry without deviating from its original DNA. No celeb-tell-alls here; Country Living merely continues to do what it does best, celebrating country style with tasteful class and easy fun.

I spoke with Rachel recently about the memorable June issue with all its ‘firsts,’ from the new feature: Turn This Country Room Into a Song to the first edition of Country Living Backstage, a free mini-mag created in partnership with the Country Music Association for the CMA Fan Fest held in Nashville June 11-14.

A true southern lady herself, Rachel graciously shared her enthusiastic excitement about the issue and the magazine in general. It was a conversation that was as refreshing as a mint julep on a hot southern day.

But of course, Country Living doesn’t happen only below the Mason-Dixon, as Rachel was quick to point out, even though it’s published in Birmingham, Ala. The magazine appeals to people everywhere who enjoy the country lifestyle; from New York to Nebraska; Country Living satisfies its audience all across the United States.

I hope you enjoy this fun and lively conversation with Rachel Barrett, Editor-in-Chief, Country Living magazine. I know Mr. Magazine™ did.

But first the sound-bites:

On why the June issue was chosen for the magazine’s maiden voyage into ‘country’: We began looking at what time of year to potentially do this issue and to be honest, we weren’t even seeking to put a person on the cover; we were just talking about the fact that country music is so mainstream. A lot of topics that just lined up with the country music lifestyle felt really right for the magazine to explore right now.

On the things she’s implementing in print to interact with the magazine’s audience: We’re just adding different levels of engagement. I mentioned that we moved Simple Country Pleasures to the back page of the magazine, so now we’re opening the feature well with a seasonal cross stitch and in June it’s a guitar because it’s a country themed issue, but we’ve done various cross stitch patterns.

On discovering Hearst was moving Country Living to Birmingham and her feelings about that when she was offered the job: I felt full support from Hearst; they handled the whole thing brilliantly. Transitioning a major national brand from New York to Birmingham, staffing it from scratch; I was also pregnant when I took the job, so that added to some of the chaos. (Laughs) But there were challenges and sometimes I’m floored, in retrospect, as to how we pulled it off. A lot of that credit goes to the New York-based Country Living team who sort of helped pass the torch in the most graceful manner.

On the major stumbling block she had to face: I think just starting from scratch. There was a small window of time where we had a temporary office space and a post-it note on the door that read Country Living. (Laughs) And our neighbors were like: what, the magazine?

On her most pleasant moment: The best moments are just every time we’ve added a person to the staff; it was also such a unique opportunity because the people would ask what’s the job description and we’d reply, well, what do you want it to be? (Laughs)

On anything else she’d like to add: One of the other exciting things on the heels of this country music play is that we have Country Living Backstage and I think this is a testament to how mainstream country has become.

On what keeps her up at night: What doesn’t keep me up at night? (Laughs) For one, my two children. I have a two-year-old and a one-year-old. But in addition to them, I think it’s just excitement for Country Living. You know, we’re really a small magazine, as I have reiterated a couple of times, and so everyone multi-tasks. We’re definitely kind of scrappy; I’m working on everything from brainstorming the reader page to big picture brand-building. 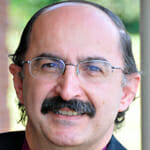