Goodbye to the Camelot of Working Out: Orion Wellness Center is Closed.

I am grieving these days, but not for a person. My grief is for the end of a business.
I’m not alone. About 600 other folks in Oxford are experiencing it, too.
We are mourning the death of our gym, Orion, which closed Nov. 2 after 16 years in business. 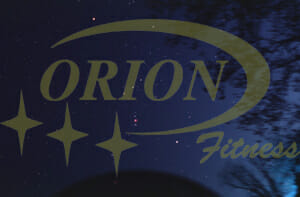 So big deal, you think? Why not just go to another gym?  Sure, there are other places to work out in Oxford, and they’re fine. But those places are just gyms. For many of its members, Orion was more than a gym; it was a community. It was workout Camelot.
I met some wonderful friends there who I would never have known otherwise. Now all my workout buddies are scattered among the other gyms in town. I miss them every day.
Going to Orion reminded me of the character Norm, walking into the bar in the TV show “Cheers,” where “Everybody knew your name.” That was the case at Orion. Many of the same people had worked out there for years, some of them since the gym opened in January 1996. The same manager, Larry Greene, had worked there for all 16 years.
When you walked into Orion, the person working at the front desk not only knew your name, he or she also remembered what locker number you liked, and if you wanted a towel freshly warm from the dryer. A cup of coffee was always waiting if you needed a pre-workout energy boost.
Often, a group of folks who had finished their workout ––  or were postponing it –– were sitting on the couches, drinking coffee and visiting.
It was the only independently owned, non-franchise, gym in town. The owner was a former nurse, Laurie Campbell, who had been teaching aerobics at yet another former gym in Oxford when she decided to open her own gym.
A few years later, Laurie moved to another state, leaving Larry to keep things running perfectly. She returned often to check on things.
The day I learned the gym was closing, I was stunned. As word spread, most of us walked around in disbelief. Every conversation began with, “So, what are you going to do?” We all debated the pros and cons of other gyms in town.
I did join another one. Its location is actually more convenient for me, its hours are better, and it has some equipment that Orion did not have. So I’m grateful to have found it.
But yet, it’s not Camelot.  Whenever I run into someone working out who also came from Orion, we both just look at each other and sigh, “It’s not the same, is it?”
On their Web Site, you find a goodbye message from Laurie: “I truly hope that we have ‘absolutely, positively, made a difference in your life,’ like our trademark slogan has always said,” she wrote.
Rest assured, you absolutely, positively did make a difference in my life and that of many others. Rest in peace, Orion.