Over the last three weeks, Big Bad Pop-Ups has guided guests on a tour of the streets of a veritable food fantasy world. Every turn seems to take diners down a rabbit hole where the streets take on a different flavor—informed by the cuisines of a given region or country but processed through the creative minds of innovative chefs.

The first week of Big Bad Pop-Ups brought us Eli Kirshtein’s Israeli street food, and then Currence himself presented his version of Americana street food in week two. Last week, Andrew Ticer and Michael Hudman from Hog & Hominy in Memphis put a Southern accent on Italian food. In this final week of the Pop-Ups promotion, Kelly English from Restaurant Iris in Memphis is menuing what he calls “Dirty Louisiana Truck Stop Food.”

Big Bad Pop-Ups began its four-week run January 9, open from Wednesday through Saturday each week. The doors of The Main Event, located at 1005 North Lamar Boulevard, open at 5:30 p.m. and close at 10 p.m. during the promotion. 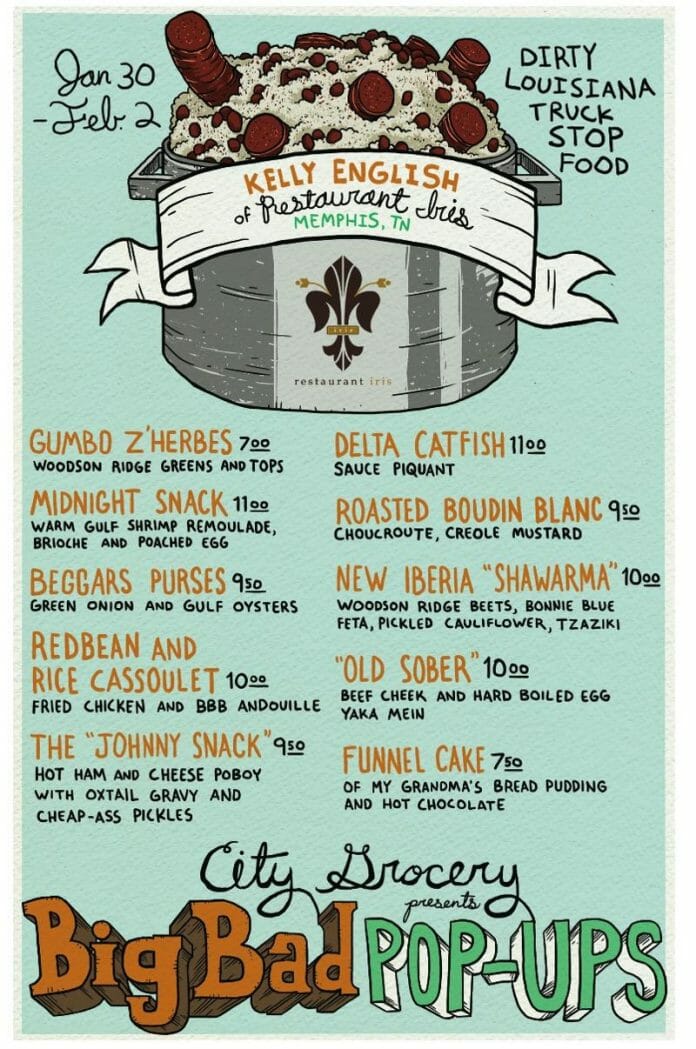