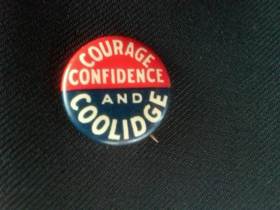 Republicans are soul searching. By all measures, the November 2012 election was winnable. Yet it was a big loss, despite Obama’s weak economic “recovery,” spiraling debt and deficit spending, and the unpopularity and unworkability of Obama’s signature achievement, Obamacare.

For conservatives, the idea that we can go on spending money we do not have, to support ever-increasing government dependence, is self-apparent nonsense. The way Obamacare was shoved through Congress, and the way it is now being implemented, is still seen my most voters as the antithesis of limited government.

With the Sequester, we have been treated to the spectacle of a government willing to incite maximum disruption and fear in the American people to protect itself from even minor cuts—in its rate of growth.

Read that sentence again. A government big enough to threaten catastrophe if that government only grows a little less next year is a government too large to coexist with liberty.
President Obama, the Sequester Jester, has made it clear that his vision is an ever-expanding state, swallowing more of the private sector to fund it. Leading up to the March 1 Sequester deadline, Obama traveled the country making ridiculous threats about impending calamity if the cuts he proposed, and signed into law, were actually implemented.

Recall what Obama promised in 2008:

“We will go through our federal budget – page by page, line by line – eliminating those programs we don’t need, and insisting that those we do operate in a sensible cost-effective way.”

For Republicans, Obama’s record is absurdly at odds with the Founders’ principles of limited government and individual liberty.

The problem is that 51 percent voted otherwise. To win enough of those voters back, Republicans have to explain why limited government is preferable, why the real cost of bloated spending and hyper regulation is less prosperity and opportunity. Why should taxes be lower, instead of higher?

Today, the answers to these questions are not self-evident to many voters. The GOP needs to explain its philosophy so that Americans can see the choice, for themselves and for their kids and grandkids.

I collect old political buttons. One of them, from 1924, is a good start for today’s GOP: “Courage Confidence and Coolidge.”

Courage. Republicans too often try to “out Democrat” the Democrats. It never works. When Republicans show the courage of their convictions, they more often win. While Obama’s Sequester act was laughable, many Republicans bought into the “sky is falling” meme too. This gives credence to Democrats’ scare tactics, when we should be calling them on their rank hypocrisy.

Confidence. Limited government, lower and simpler taxes, and regulatory predictability work. Trusting Americans with their own lives, liberty, and pursuits of happiness produced the greatest nation in history. By contrast, Obama’s approach of government picking winners and losers has not worked anywhere, anytime in history. Republicans can optimistically, confidently explain why freeing individuals to pursue their own dreams is the better approach because it is proved right by history. And, it will work again.

Coolidge. Our 30th President, not much understood and even less remembered, served from 1924-1929. While New Deal historians partly blame Coolidge’s policies for causing the Great Depression, new scholarship suggests otherwise. A just-released biography of Silent Cal by Amity Schlaes makes the case that Coolidge’s fiscal conservatism and adherence to principles of limited government actually caused the economic boom of the 1920s.

Coolidge cut taxes and actually did what 2008 Obama promised he would do. Coolidge resisted the growth of government, while turning deficits into surpluses by cutting spending.

Coolidge also explained his philosophy in straightforward terms. Silent Cal, ironically, was the first president to appear in a film with sound, talking about taxes and spending:

“I want the people of America to be able to work less for the government — and more for themselves. I want them to have the rewards of their own industry. This is the chief meaning of freedom. . . . When the government [spends less], it grants everybody a life pension with which to raise the standard of existence. It increases the value of everybody’s property, raises the scale of everybody’s wages. One of the greatest favors that can be bestowed upon the American people is economy in government.”

President Reagan agreed. When he came to office in 1981, Reagan hung Coolidge’s portrait in the Cabinet Room. Presented with courage and confidence, conservative philosophy can still win most Americans today, too.