When Memory is Normal and When it is Not-So-Normal 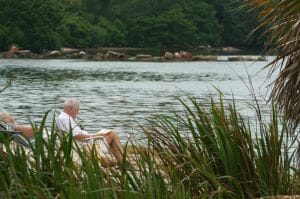 Memory: “The power or process of reproducing or recalling what has been learned and retained” (Merriam-Webster Dictionary). Our ability to remember and to recall our past is what links us to our families, to our friends, to our community.

What is normal aging and memory?

As we age, slight changes occur in our cognition that affect memory. Simple forgetfulness (the “missing keys”) and delay or slowing in recalling names, dates, and events can be part of the normal process of aging. Memory has various forms, though, that might be affected differently by aging.

What other changes occur with normal aging and cognition?

When is memory not so normal?

Memory loss is abnormal in people with mild cognitive impairment or dementia (a loss of intellectual functions severe enough to interfere with everyday social or occupational functioning).

Dementia: Memory, language, and cognition are so impaired that self-care tasks can no longer be performed without assistance from another person.

Can normal memory be preserved in aging?

Research has shown the following: