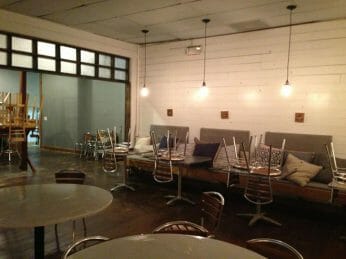 When Oxford’s first sushi house opened in 1998, it launched something of a revolution of the soul.

Besides its sushi speciality, Two Stick Sushi has been a haven for interesting live music acts. Its slogan is “Sushi. Music. Vibes.”—a combo delivered with laid-back aplomb.

Two Stick started in the back of the building that now houses the Lyric Theatre and took its name from the nickname the theater had back in its movie theater days many years ago—when students and locals would refer to the worn theater as “the two-stick”, meaning you needed one stick to prop up your seat and another to beat away the rats. Renovated and cleaned up as Two Stick Sushi, the moniker took on a new meaning, for a restaurant at which patrons eat with chopsticks. The beloved Phat Tran was a chef at Two Stick after Ruby Chinese closed.

The restaurant’s original incarnation, founded by Allison Borders, Chad Henson, and Shelly Arcand, was part clothing retail shop and part sushi counter, with a small stage for music added soon after Two Stick’s birth. Arcand moved on, and Borders and Henson eliminated the retail element and expanded the space, building a bigger bar and a more accommodating stage for bands.

The charm of Two Stick has endeared it to many.

“Right after it opened, it was the favorite spot for my friends and me,” said longtime Oxonian Daniel Morrow, founder of the Music in the Hall series, who recently moved to Chicago. “On the stage, before they expanded, I saw the band that would become my favorite band for the next few years, ThaMuseMeant from Santa Fe … A lot of times they booked bands nobody heard of but gave amazing shows.”

Local musician Bill Perry has put on many a show at Two Stick over the years in myriad groups and loosely assembled jams. “I will always have a special place in my heart, because there was a time that [Two Stick] really catered to the arts in varying forms and allowed a lot of Oxford musicians their first breaks playing the Oxford Square,” Perry said. “I’ll always remember the good times and great music acts Two Stick brought us, from John Sinclair to Dr. Herman Green, and I even met my fiancé JoLynn Wells there as well.”

A few years ago, the local favorite moved from its original location to the space previously occupied by the Longshot bar on Jackson, just off the Square, before recently moving again into a building directly behind the Lyric.

Two Stick’s appeal hinges on the three points of its slogan, and the sushi, music and vibes linger in mind.

“Two Stick brought sushi to Oxford,” said Oxford resident and frequent Two Stick patron Bradley Rayner. “It also played a vital role in the local music scene. I have many fond memories of meals and good times with friends at all three Two Stick locations. I’d like to thank Chad and Allison for being innovators in the Oxford food market.” 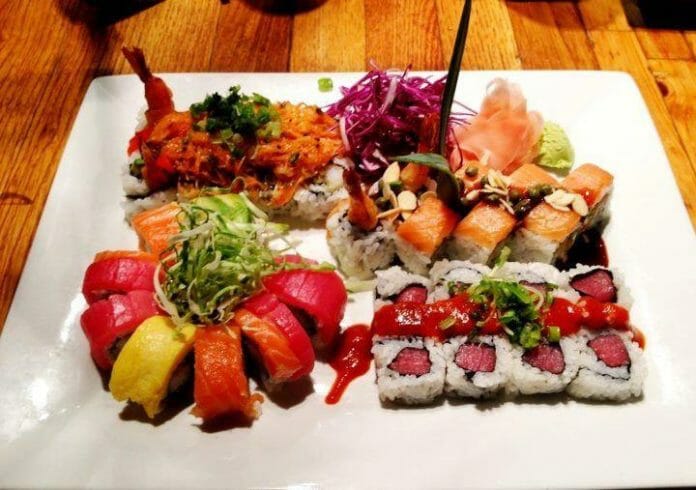