Before being shot dead outside of a Phoenix bank that he had just robbed, the suspected is believed to be connected to bank robberies in Atlanta and Tupelo, as well as the murder of Tupelo police officer Cpl. Gale Stauffer. The suspect, who the FBI has not named, has been on the run for six days after the deadly shooting in Tupelo.

Dec. 27, 2013, 11:16 a.m. – The FBI has officially expanded the search for the suspect who robbed a BancorpSouth branch in Tupelo, then shot two police officers, killing one on Monday. Authorities believe the suspect may have fled to Chicago.

On Thursday, Mississippi Bureau of Investigation and the FBI expanded the search to include Alabama and Arkansas. According to an FBI official, more than 100 agents, officers, marshals and deputies worked through Christmas to track down the suspect.

Dec. 26, 2013 – Unfortunately, Tupelo, Miss. made national news while HottyToddy.com was away for the Christmas holiday. We are asking all of our readers to contact the Tupelo Police Department if you have any information about the following incident.

On Monday, Dec. 23, one police officer was killed and another critically injured after a robbery at the Gloster Creek Village BancorpSouth branch in Tupelo at approximately 3:15 p.m. The Mississippi Department of Public Safety released surveillance video, photos of the suspect, and BancorpSouth is offering to match the FBI’s reward for information.
Authorities are looking for a thin male suspect between 5’9″ and six feet tall, with light complexion and possibly African-American. He was last seen wearing khaki or cargo-style pants, white Converse tennis shoes, a long-sleeved jacket and a blue ski mask. A car that may have been used as a getaway vehicle is described as a charcoal-colored, medium-sized sedan. The FBI is offering a $50,000 reward for information leading to the arrest of the suspect. BancorpSouth will match that amount, making the total reward $100,000.

Below are pictures of the suspect: 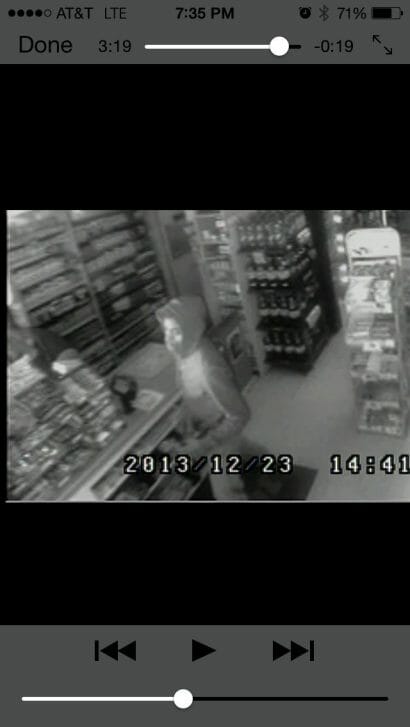 HottyToddy.com sends our most sincere condolences to the friends and families of the two police officers involved in Monday’s shooting. We ask if any of our readers have any information about the incident, please contact the Tupelo Police Department as soon as possible.