Before There Was Cold Beer There Was the B & B Cafe

The African-American-owned B & B Cafe was tucked away in an alley just off the northwest corner of the Square.
The picture below, taken in 1962, is one of only a few known images of the Cafe. Butch Morgan, the owner, is seated in the booth. While long gone, the Cafe, with its southern plate lunches and fried pies. is still part of the collective memory of Oxford.


Commenter Ron Nichols, helped put the Cafe and the area of the Square in historical perspective: “I thought this looked like the ally where Wiley’s She Shop was,” Nichols said. “This cafe was gone by the time my family moved to Oxford, but I remember walking through that ally so many time going home from the old elementary school. Someone had stenciled on the wall; ‘Vote yes for beer or would you rather have your child turn to marijuana.'”
This was long before the push for cold beer in Oxford there was the original vote for beer, period. Many will remember this ‘pro beer’ ad stenciled on the wall in the alley between the Freeland Law Firm and Wiley’s Shoe Shop. 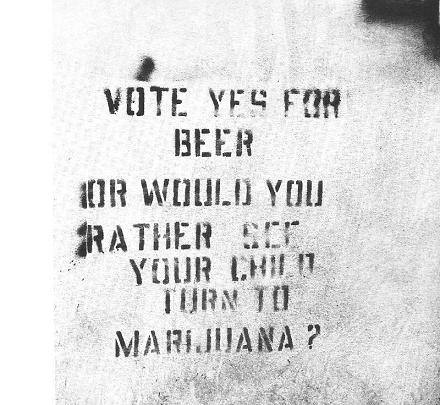 John Cofield is a HottyToddy.com contributor and one of the leading folk historians in the area.