In the South, there are three major religions that dictate lifestyle: Southern Baptist, Methodist, and College football.

Each Sunday, we attend our various houses of worship, but on Saturdays, we gather in groups, large and small, to pay homage to the prophets of the gridiron. College football in the South has the ability to divide houses just as easily as religion or political views.
Take my house, for example. My mother is a Duke University fan, while my father and sister cheer for the Southern Mississippi Golden Eagles. And my best friend, who has been a brother to me since second grade, is misguided Mississippi State supporter. This leaves me as the only Ole Miss Rebel in the house.
The rivalries were fiercely amplified if our teams had the luxury of playing each other, which for my brother and I, happened every Thanksgiving. We showed our love and devotion by wearing our respective team’s jerseys, shirts, and hats. I was no different.

I wore my blue Ole Miss baseball cap, my prized possession, to show my support. I carried it with me anywhere, even when I traveled.

Every time I took it off, I read those iconic cursive letters spelling out Ole Miss and would be instantly and momentarily transported back to those weekends with my family and friends.


As a solider in the United States Army, I was sent to the most random and far-away locations you can think. Being a soldier means you have to be able to leave the comforts of home for weeks, months, or even years away from home.
To me, bringing something with me that reminded me of home helped ease the homesickness and nothing did that better than my Ole Miss hat. This small token (my hat) was especially comforting when I was deployed for a yearlong tour of Iraq.

Each time I packed for my next mission, I would reach rummage through my hat college, without any doubt of which hat I would choose to take.
The hat started out as dark blue with red cursive lettering spelling out Ole Miss. On one side as the SEC logo, representing the power conference of home. On other side were the initials UM, for the University of Mississippi, of course.
The back is what ultimately convinced me to purchase the hat in the first place. On the adjustment strap was an embroidered picture of the schools mascot from years past, Colonel Rebel. The mascot is controversial and often offensive to some, but to me, the Colonel was a reminder of what I was fighting for in Iraq.
Every time I looked into his white and blue eyes it was like looking into the eyes of my family or friends back home. He always had a look of great determination, as well as a sense of pride. He reminded me to enjoy the days we had and to learn from the past. We’ve made it through a lot.
As the days turned to weeks and the weeks to months, the hat’s dark colors began to fade. The stitching started to unravel, as the intensity of conflict in the region continued to do the same.
By the end of the tour, the dark blue had faded to a lighter blue, resembling the color of my mother’s Duke Blue Devils, her favorite color. Slowly over time and due to my nervous hands, the ‘C’ on the side of the hat fell away, leaving just ‘SE’. The one thing that never faded or wasted away, though, was its ability to connect me instantly with the memories and loved ones back home.
This small, but constant reminder of those waiting for me in the great state of Mississippi was enough to keep me grounded through all of the chaos of war. 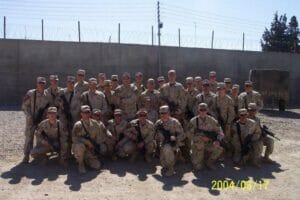 The greatest reminder of all, however, was simply the eyes of the former mascot. They reminded me of the men from the University of Mississippi who banded together to form their own company during the Civil War. These men, right or wrong, looked out for each other; they were brothers.
I truly believe everyone needs a reminder of who you are and where you come from. In order to really know where you want life to take you, as well as how you want to get there, even something as small as a hat can keep you focused and grounded.
Just as it is in the military, it is with football in the South. We are a band of brothers and sisters untied in the belief that our cause is just. At the end of the day, that our side will emerge from the battlefield victorious, especially if you’re cheering for the Rebels. 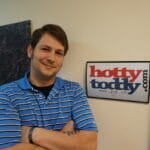