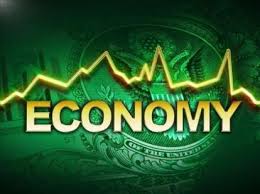 On January 28, President Obama is expected to deliver his sixth State of the Union address to Congress and the nation.  The address is a way for the President to recommend measures that he deems “necessary and expedient” – fulfilling a constitutional command that the President should report to Congress “from time to time.”
It should not be difficult for President Obama to highlight a number of critical national priorities.  Under his watch, the economy has failed to make a lasting rebound.  Instead, it continues to be crippled by anemic growth and chronically high unemployment.  The President’s signature legislative item – the costly health-care law – is rife with problems.  Its implementation has worsened economic uncertainty and worry, as individuals and families deal with canceled policies, higher premiums, and fewer choices.
At this point, Americans are rightfully wary of more promises.  They want to see results.
Economy Still No. 1 Concern
Inspiring confidence will require more than new rhetoric from the President.  The absence of leadership and accountability has severely damaged the public’s faith that progress is achievable.  According to a recently released Quinnipiac poll, a majority of Americans do not believe the Obama Administration is competent at running the government.  Most are convinced that the economy – which remains the public’s top priority – is staying the same or getting worse.
Not surprisingly, attempts by the White House to spin a positive economic message have fallen on deaf ears.  Americans have yet to see significant improvements in their lives.  Many have been forced to take part-time work or have left the labor force altogether – a trend reflected by the latest jobs report.  At 62.8 percent, the labor force participation rate, which measures the number of adult Americans with a job or looking for one, has again dropped to its lowest level since 1978.  Families are feeling additional burdens, too.  Recent estimates indicate median household income is almost $2,400 less than it was four years ago in inflation-adjusted dollars.
Obamacare’s Broken Promises
President Obama cannot shift the blame for the harm caused by the health-care law, which goes far beyond the glitches that accompanied the launch of HealthCare.gov last year.  Millions of Americans want to know why their health-care coverage was canceled when the President repeatedly promised, “If you like your health-care plan, you can keep your health-care plan.”  Many Mississippians are asking why health premiums in our state are on the rise, amounting to some of the highest rates in the country under the law’s insurance exchanges.  In addition to the law’s costly burden on employers, its difficult implementation and the Administration’s numerous delays have now prompted Moody’s to downgrade the economic outlook for health insurers.
As the country’s chief executive, the President should provide Americans with answers and solutions.  The State of the Union offers the President a chance to tell Congress and the nation how he plans to repair the damage that the health-care law has caused and whether he is willing to work with Republicans.  In a divided government, success depends on leadership and cooperation.  Both could help bring about positive health-care reform and a lasting economic recovery.
Facebook
Twitter
Pinterest
Previous article
Stout’s Offers Personalized Service from the Floor Up
Next article
Oxford Writer Was Extra in 1989 Film Heart of Dixie