How To Stay Positive During Dreadful Winter Weather!

I was speaking on attitude at a meeting once in Boston where author John Brubaker was also delivering his motivational program.
He challenged us to use the ‘compared to what’ method when we get down or feel life is up against us. “Compared to what?” he said. “To someone in chemo or someone in a housing crisis? It is all about perspective.” He cited the works of Dr. Adam Naylor, who reminds people of the approach of ‘I get to go to work’ rather than ‘I have to go to work.”
Right now, a big challenge for a lot of people is staying positive through this brutal winter. I am based in South Bend, IN and as Lou Holtz used to say, there is nothing south about South Bend!
Sometimes people will say, “I have to shovel the driveway” or “I have to clean the gutters.” Another approach could be “they get to” because they are fortunate to be among the small percentage of people in the world that have a house.
One tool I use to stay upbeat in depressing weather is perspective. We think we’re cold. When the passengers of the Titanic went into water that was 28 degrees, it was like a thousand knives suddenly pierced them.

Just over one hundred and one years ago the Titanic went down in bitterly cold waters. At 11:40 pm it hit the iceberg. By 2:20 am it was headed to the bottom of the ocean.
At the Titanic Museum in Branson they have it set up where you can stick your arm in a container of water that is the exact 28 degree temperature of that night.I was moved by the stories of courage from that chilly April night in 1912. Isidor and Ida Straus (photo below) were by a lifeboat. 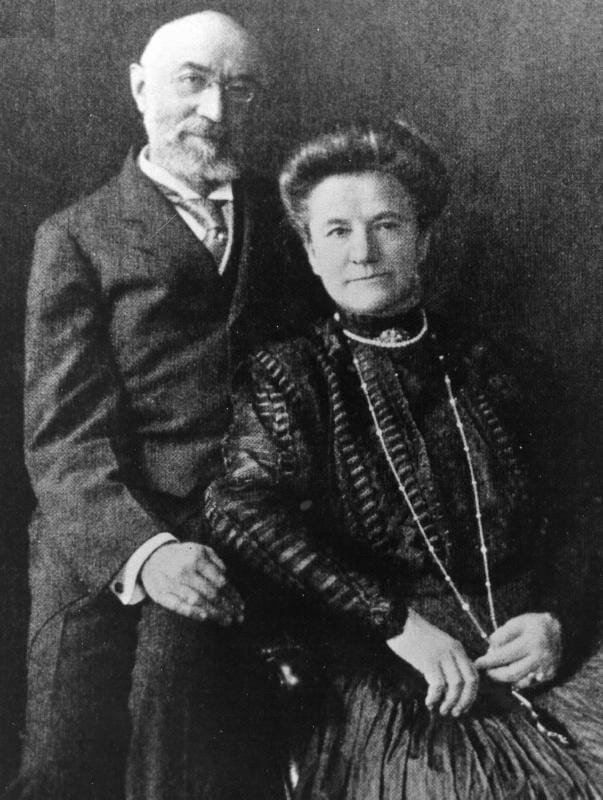 They were not allowing men in. It was women and children only. Ida refused to leave her husband’s side although life boat officers urged her to get in. She was heard saying, “Where you go, I go.” They both perished. During all their years of marriage, if one was apart from the other on a trip, they would write each other a letter a day.The eight musicians continued to play until the very end to help calm the terrified passengers. They did this and yet they were not even on payroll that week. None survived. One eyewitness saw them play until they were either washed off or dragged down.
Wallace Hartley, a violinist, was the bandleader (photo below). 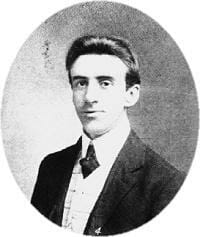 He had left his fiancee to work the Titanic in hopes of developing key contacts. He was seen saying “Gentlemen, I bid you all farewell” as he was pulled under. One newspaper reported that what these men did was among the most noble things in the history of sea.Hartley’s body was found two weeks later with his musical instruments still strapped to his body. So moved by his story, over 40,000 people lined the streets when he was buried in England.
Father Thomas Byles was seen praying with passengers of all faiths up until the end. They said twice he was offered lifeboat seats, but he passed both times and died with those that had come to him.
At the end of the museum in Branson, where you can put your hand and arm in water that was the temperature of that night, I had to pull my hand out within twenty seconds. I couldn’t imagine being in that water. So, sometimes when it is cold as ‘all get out’ as my Dad used to say, I think about those travelers.
Another tool of perspective is to remember our Continental Army under George Washington. With the British encamped in Philadelphia, Washington’s men spent the harsh winter of 1777 at Valley Forge 20 miles outside of Philly. 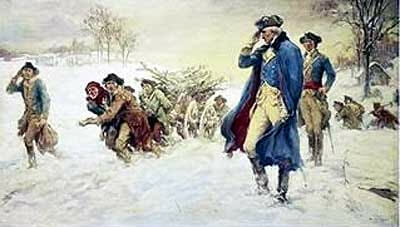 Every 12 men had a 16 x 14 foot long hut in which they were to sleep in incredibly cramped conditions. They were built two feet into the ground in an attempt to conserve some warmth, but mostly had only dirt floors. Doors were generally composed of a simple cloth blanket draped over the entrance to the huts.
Christmas dinner of 1777 for the soldiers was composed of fire cakes (a tasteless mix of flour and water). Reading the diaries of soldiers who spent the winter there we learn of stories of bloody footprints in the snow left by those who did not even have boots to wear on their feet, not eating for days on end, freezing cold temperatures.With shivering temperatures and rain and snow commonplace, little to no food, inadequate clothing and completely unsanitary conditions disease was rampant. It is estimated that as many as 2500 men of the 12,000 died during the winter due to disease.

Out of it they would become a toughened group who trained hard and years later defeated the British.

Charlie Adams is the author of 4 books on positive attitude and peak performance, including 2013′s “How to Build a Positive Attitude and KEEP the Darn Thing!!” and “Stoke the Fire Within.” His books and motivational keynotes and seminars are designed to make sure events reach their objectives and to help create winning cultures. Email him at: Charlie@stokethefirewithin.com.
Facebook
Twitter
Pinterest
Previous articleDiscovering Oxford's Own "Pawn Star"
Next articleFormer OM Softball Coach Runs Popular Kid's Business Drawing From North Mississippi