There’s only one wellness facility in Oxford that offers all brand-new machines, has more than 55 classes each week, and is building a healthy community, one barbell at a time.

YMCA of Oxford opened its doors, officially, in August 2013, after Baptist Memorial Hospital handed over the reins of its Healthplex to the YMCA of Memphis and the Mid-South.

“The Y has been interested in coming to Oxford for a while,” Operations Director Leslie Kennedy said. “It’s been an easy transition from Baptist since this facility was already an integral part of the community.”
Kennedy admits that transitioning to a YMCA facility was smoother than expected. Brand new machines were installed, including weight machines, spin bikes, and treadmills and elliptical trainers with built-in televisions.
The Y offers more than 55 classes over the course of any given week, including spin, Tabata, Pilates, yoga, Zumba, boot camps and more. Kennedy said they are even adding a ‘yogalates’ class, which will combine yoga and Pilates for those serious about toning and strengthening.
Currently, the YMCA of Oxford has patrons of all ages, from children in the free child-care program to the seniors’ weekly class.
“The possibilities are endless,” Kennedy said. “The goal is to offer numerous things and not target just one audience. We hope to enhance the City by offering what is not currently available.” 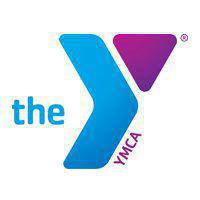 In a growing town like Oxford, any new business, even with an established brand like the YMCA, is always looking ahead. According to Kennedy, YMCA of Oxford is hoping to expand into a full facility, much like in Olive Branch, with pools, tennis courts and more.
“Oxford is growing every day,” Kennedy said. “The retirement community is growing. We are looking to add more programs as facilities become available.”
Kennedy explained that in Memphis, the various YMCA locations partner with area churches to provide active after-school programs. While that isn’t an immediate goal, the Y is looking at adding an after-school fitness program for children ages 6 to 12. Kids will stay active through games, as well as learn other healthy habits.
She said the Y is also hoping to start a teen yoga or exercise class, so teens don’t have to be so embarrassed to work out with their moms.
In a thriving community like Oxford, the YMCA can provide a sense of community, accountability and an activity for everyone.
The YMCA, as an organization, started in 1844 as a bible study for young men in London. Today, the Y supports and provides wellness options to more than 10,000 neighborhoods nationwide. The YMCA of Oxford is located at 703 North Lamar Blvd. in the Midtown Shopping Center. Click Here to visit their website about membership opportunities, fitness classes, massage therapy, and all the other benefits offered by the YMCA.