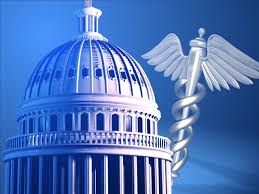 Republicans had an answer ready when President Obama recently implied they lacked a viable alternative to his health-care law. Amid growing public disapproval with Obamacare, the President challenged Republicans to “tell America what you’d do differently.”
A recently introduced proposal from Republican Sens. Richard Burr (N.C.), Tom Coburn (Okla.), and Orrin Hatch (Utah) does just that.  Building on market-driven reforms that Republicans have supported for years, the plan offers workable strategies to lower health-care costs, expand choices, and empower patients.
Repealing Obamacare
The first step is to repeal the President’s $2.6 trillion health-care law, removing the barrage of new taxes and onerous regulations that have generated job-crippling expenses and uncertainty for consumers and small businesses.  The latest figures from the independent Congressional Budget Office estimate that the health-care law could cost the equivalent of 2.5 million jobs over the next decade.  The same agency previously concluded that 31 million Americans would still be uninsured after the first 10 years of the law’s implementation.  Both projections are very different from what Obamacare supporters promised.  In fact, they join a host of disappointments – from soaring insurance premiums to millions of canceled plans.
A Patient-Focused Alternative
Unlike the President’s government-driven approach, the Republican-sponsored blueprint puts Americans in the driver’s seat when it comes to making decisions about their health-care needs.  Here are three ways it provides real reform:
Removing Bureaucratic Barriers
President Obama is wrong to suggest that Republicans are short on ideas to reform America’s health-care system.  Similarly, he is sadly mistaken in suggesting that a repeal of his health-care law would eliminate protections for individuals with preexisting conditions and affordable health-care options for the uninsured.
The Republican plan offers these reforms without taking more from Americans’ wallets and increasing bureaucratic control in Washington.  It makes use of free-market strategies and trusts the decisions of consumers to mend a broken system and replace a failing law.  I backed a similar approach in the “Making Health Care More Affordable Act” that I introduced in 2008.  I have also consistently supported efforts to repeal and replace Obamacare.
The proposals in Republicans’ health-care outline are just a starting point, but they have already earned substantial praise.  I hope legislative action will follow, proving to Americans that health-care reform does not require a government takeover of the system.