Everyone in Oxford knows that gas stations around here do things a little differently. Chicken-on-a-stick is the best-known, thanks to coverage in foodie magazines like Bon Appetit, but there are plenty of other delicious options as well. Just in time for baseball season, here are the hotspots for gas station food in Oxford:
1. Four Corners Chevron 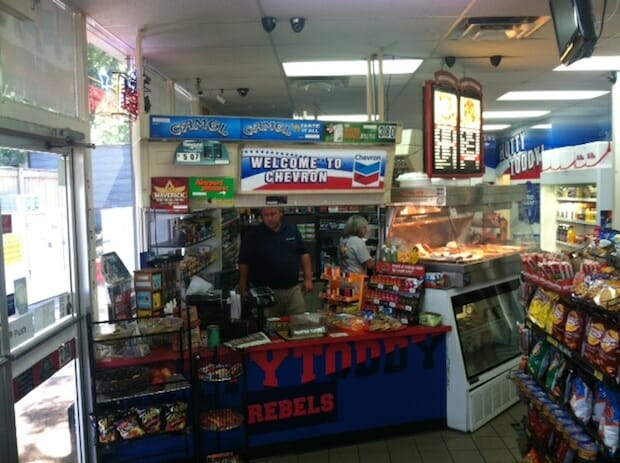 It’s been around for 16 years and the station’s chicken tender on a stick is a favorite snack. According to employee Mama Joy, the station uses a recipe they learned from friends in the Delta, but they have their own batter.
“It’s by far our most popular food,” said Mama Joy. “Monday through Wednesday we’ll usually sell between 80 and 100 chickens-on-a-stick, but it varies. The most I’ve ever sold is 800 in one football game day, and the fewest I’ve sold is 24 during the summer when almost everyone’s gone.”
Chicken-on-a-stick is always busy no matter what, but the peak times come on game days and especially at closing time for bars on the Square.
2. Lindsey’s Chevron 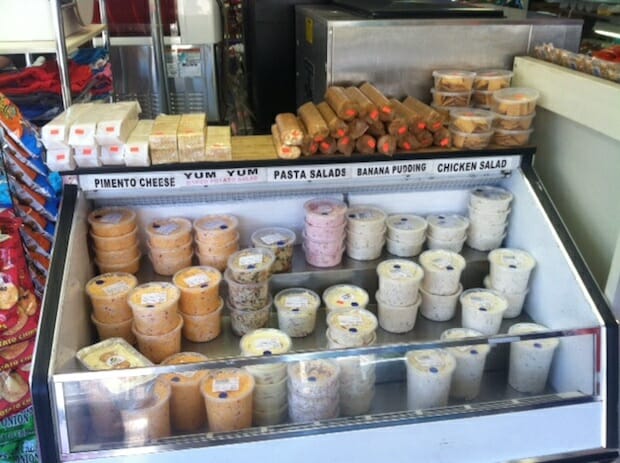 Lindsey’s Chevron on Lamar Avenue on the north side of the Square is not quite the happening spot like Chicken-on-a-stick, but this gas station has been here for some time now and still has plenty of delicious eats to keep customers coming. The chicken-on-a-stick is also very popular here, but the food Lindsey’s is most known for is its chicken salad. According to employee Ashley Mooneyham, the recipe comes from an old Levy family recipe and has been the biggest seller.
“For the last four years we have made 40 pounds of chicken salad every day and it almost always gets completely eaten,” said Mooneyham. “Most of it is sold in the containers we have, but we also sell sandwiches and it’s hard to keep any of it stocked. It’s always flying off the shelves.”
3. B’s Bar B-Que/Skymart 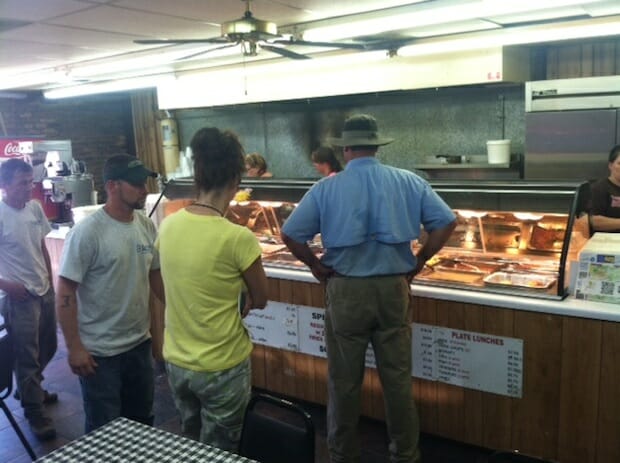 B’s Bar B-Que has been a legendary eatery in Oxford for years, having been on South Lamar before relocating to its current location in Skymart on College Hill Rd. B’s is in a separate part of the building from the gas station, giving it the feel a small restaurant. The station begins serving breakfast at 6 a.m. until 9:30 a.m., after which they sell tasty meat and two vegetable combos for the rest of the day.
“Every day the most popular plate is definitely the ribs,” said Jennifer, a B’s employee. “The beef brisket is always a popular choice too, and it’s hard to resist our vegetables.”
4. Marquis Chevron 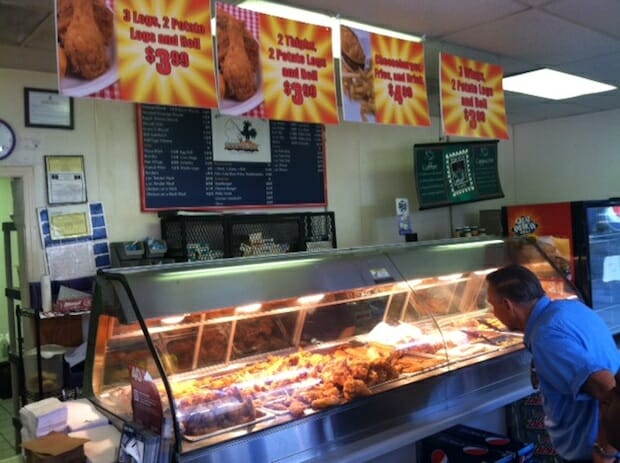 Marquis Chevron on South Lamar across from Shipley’s Donuts has become a popular stop not only for travelers exiting off Highway 6, but for students and Oxford residents as well. No surprise — you can find chicken-on-a-stick here too, but the other types of chicken really bring in the business according to employee Cindy Yancy.
“The chicken-on-a-stick is very popular as expected, but the regular fried chicken is the most popular,” Yancy said. “Our various piece meals offer great deals and that’s what most people end up going with, especially game day.”
– Story contributed by Pete Porter, Ole Miss journalism student, tjporter@go.olemiss.edu.