The special election for mayor in Jackson, Miss. on April 8 already has a full slate of candidates. 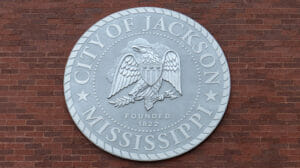 So far, several people have announced a run for the open mayoral seat via Facebook, Twitter, and official websites: former Mayor Chokwe Lumumba’s son, Chokwe Antar Lumumba, current City Council President Melvin Priester Jr., Regina Queen, and city council member Tony Yarber.
If a runoff is necessary, it will be held April 22. The winner will replace the former mayor, who died unexpectedly of heart failure Feb. 25, after only eight months in office.
The Jackson Free Press reported that several other candidates are running, including Harvey Johnson, Jr., the first African-American mayor elected in Jackson in 1997 and re-elected twice in 2001 and 2009; and John Hohrn. The site reported that Albert Wilson and Kenneth A. Swarts filed paperwork to qualify to run.
Candidates have until March 19 to qualify for the election.
– Gretchen Stone is associate editor for HottyToddy.com. She can be reached by emailing gretchen.stone@hottytoddy.com.