What You Need to Know: The New Voter ID Law 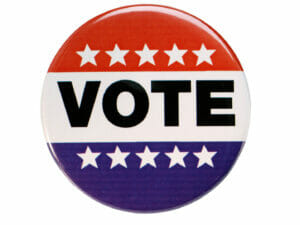 Since evolving into one of the hot topics of 2011, voter ID legislation has been a cauldron stewing with political controversy.
Supporters believe the new regulations will protect our elections system from voter fraud, while opponents believe it will discriminate against some Mississippians and deny them their right to vote.
Whatever your corner of the ring, Mississippi House Bill 921 was officially enacted in January 2014 and registered voters will be required to present a valid photo ID to cast their votes in the upcoming Senate primary election this June. Signed, sealed, delivered – it’s the law.
So, instead of writing yet another opinion piece on why voter ID is bad or good, now it’s more important and in our best interest to focus on making sure that every voter in Mississippi knows the new voting requirements, is educated on how to attain a valid ID, and has information on how to request government-issued transportation to and from ID centers.
No voter should be denied a vote because she wasn’t properly informed.
On the surface, being required to have some form of government-issued photo identification to cast a vote doesn’t sound unreasonable. If you don’t have one, just go get one – right?
But on second thought, it’s not that simple. Some of us don’t own a computer or a television, are elderly or immobile, or live in communities where the nearest DMV or Circuit Court requires an afternoon road trip. Simply knowing about the new voting requirements, and knowing exactly how to comply with them, could prove to be fairly challenging.
Leading this ID law charge is the office of Secretary of State Delbert Hosemann; he and his staff are the ones responsible for implementing the law and educational efforts throughout the state.


After skimming the primarily middle- to upper-class association visits that comprise the campaign’s event calendar, I must ask: are they really reaching out? Are they really doing everything they can to ensure that all registered voters get to vote under this law?
Perhaps not, but it doesn’t matter. We able-bodied, internet-savvy citizens can spread the word to help mobilize our entire communities. A government-issued photo ID is the primary must-have, though the photo specification is where the difficulty for most people will occur.
Valid forms of photo ID include a driver’s license, passport, government employment ID, and several others forms as indicated on this list.
Any voter who does not have an acceptable photo ID, under this new law, can go to the nearest Circuit Court and apply for a state-issued voter identification card. To apply, you must provide one form of acceptable identification, which includes documents such as your Social Security card, birth certificate, fairly current utility bills and check stubs.
For anyone who needs transportation, the state has 460 Department of Transportation vehicles to transport citizens to their county seat’s Circuit Court to obtain valid identification. If you need a ride, call 1-855-868-3745. For the full list of hoops through which to jump – or, voting requirements – visit https://msvoterid.ms.gov.
– Oxford-based writer Lindsey White is a University of Mississippi graduate and active participant in Progressive politics. She can be contacted at lindsrwhite@gmail.com.
Facebook
Twitter
Pinterest
Previous article
Grove Sidewalks Replaced, Widened to Accommodate Large Crowds
Next article
Bruce Pearl Back Coaching in the SEC